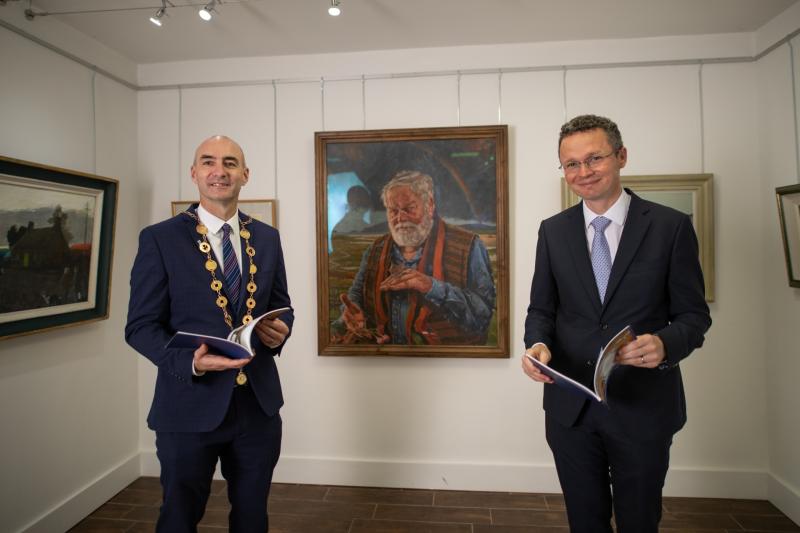 OVER thirty publicly owned artworks will go on display in the Red Door Gallery in Newcastle West this Friday and the exhibition, All Creatures Great and Small, will run until the end of the  month.

It is the second time the Newcastle West gallery has  hosted a touring  exhibition of  publicly-owned artworks and its arrival in his home town has been warmly welcomed by Minister for the Office of Public Works, Patrick O’Donovan.

For over 20 years, Minister O’Donovan explained, the OPW has worked in partnership with the Department of Finance in Northern Ireland to organise a yearly touring art exhibition, showcasing work from the two public-owned collections. 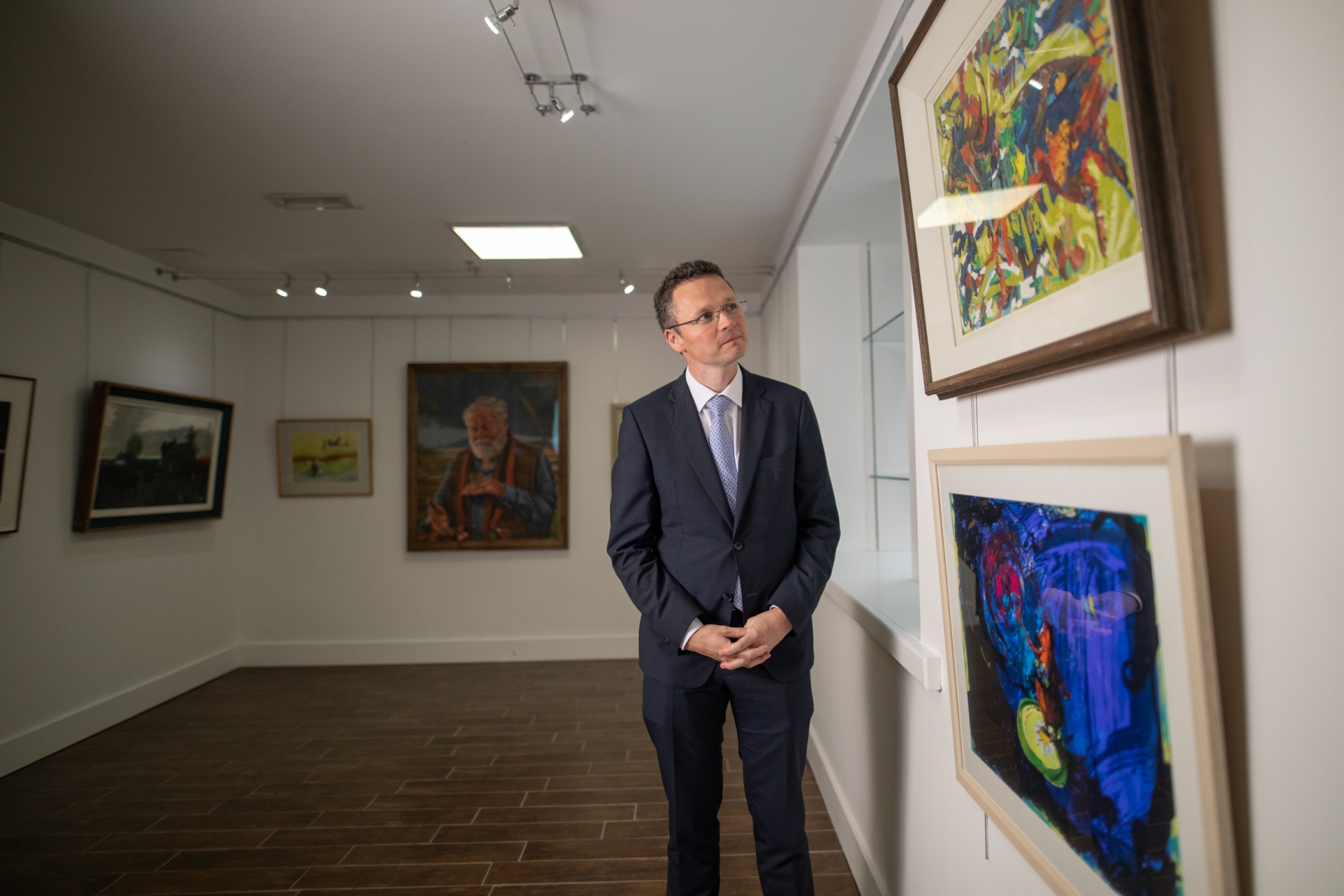 Describing the venture as a “great cross-border initiative”, the minister said it had  “opened up opportunities for both Departments to collaborate with arts organisations, cultural venues, schools, colleges, and local government arts offices across the island”.

“ I am delighted that works from these two State collections are brought to new and wider audiences in different locations around Ireland year after year so that the public can enjoy and access them in their locality,” he said when he viewed the exhibition which was launched last evening.

“I invite you to let yourself be charmed by ‘all creatures great and small’ in the artworks on show here at the Red Door Gallery. With Desmond Castle right beside the gallery attracting record numbers of 16,000 visitors this year to date, I am sure that this added cultural attraction here in the heart of Newcastle West will be enjoyed by many visitors, young and old.”

Joining the Minister at the gallery, Mayor of the City and County of Limerick Cllr Daniel Butler described the exhibition as  “a fantastic example of all island co-operation”.

He said: “I very much welcome the decision to bring the exhibition to Newcastle West to allow the people of Limerick the opportunity to wander around and explore the beautiful and intricate pieces on show. Perhaps it will spark a conversation or a debate about our association and links with animals."

“It is great to be able to open our doors again,” said Claire Geary of the Red Door Gallery said. “We are really looking forward to welcoming people back and we are delighted and honoured that the touring exhibition has returned to Newcastle West.”

All Creatures Great and Small is focused on artworks from both collections that depict birds, animals, fish and insects and their interaction with humanity and a free catalogue is available at the gallery.

Opening to the public this Friday and Saturday, the exhibition will run from 11am to 5pm from Wednesday to Saturday each week until October 31.

The Red Door Gallery is located in the Square, Newcastle West and admission is free.