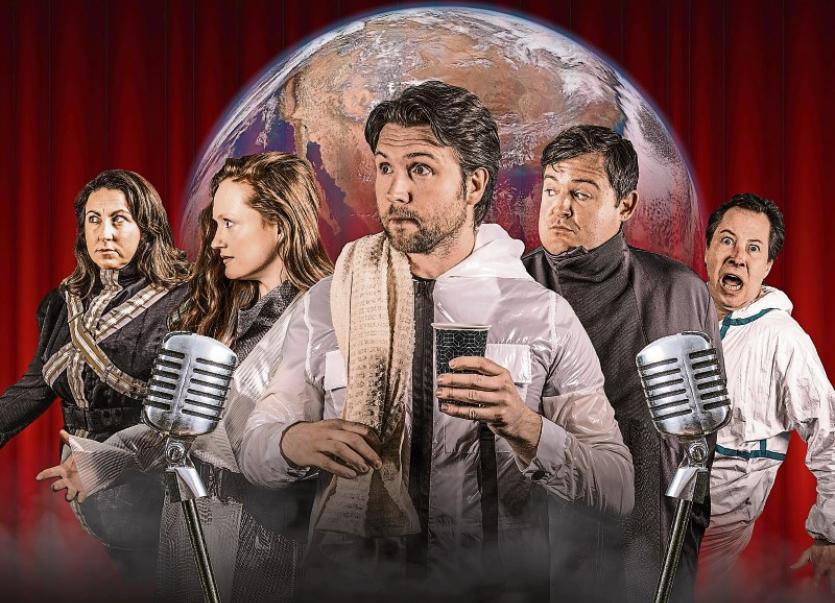 ON A WEEKEND when the world of the Irish public is consumed by politics, elections and ballot boxes, the people of Limerick are being invited to make the great hitchhike across the galaxy.

This Saturday, May 25 - also known as Towel Day - the Belltable brings a special, rehearsed reading of the original Hitchhiker’s Guide to the Galaxy radio series, first broadcast in 1978.

Myles Breen says he was always a fan of the sci-fi masterpiece, and that you don’t have to be a “sci-fi geek” to enjoy their version of Douglas Adam’s work.

Myles plays Ford Prefect, the alien guide who has penned the Hitchhiker’s Guide to the Galaxy, who describes Earth as simply “harmless”.

“During the course of the show, you will find the answer to life, the universe and everything,” he said of the humorous three-hour long show, which will include an interlude.

He said that while a lot of details were omitted in the film adaptation, a lot of the original radio show will be included in the Belltable Connects production.

And one of the key aspects of the show is that it starts at precisely 7.42pm. There is no leeway for late entry.

“If you’re not there at 7.42pm, the Earth blows up! The time becomes apparent when you watch the piece.”

Myles commended director Tara Doolin, who has provided the galactic sound effects that will go with the audience’s journey.

Tickets for the show are €18/€16, but if you arrive wearing a towel or you are carrying a towel, your entry fee to this Douglas Adams tribute is €10!