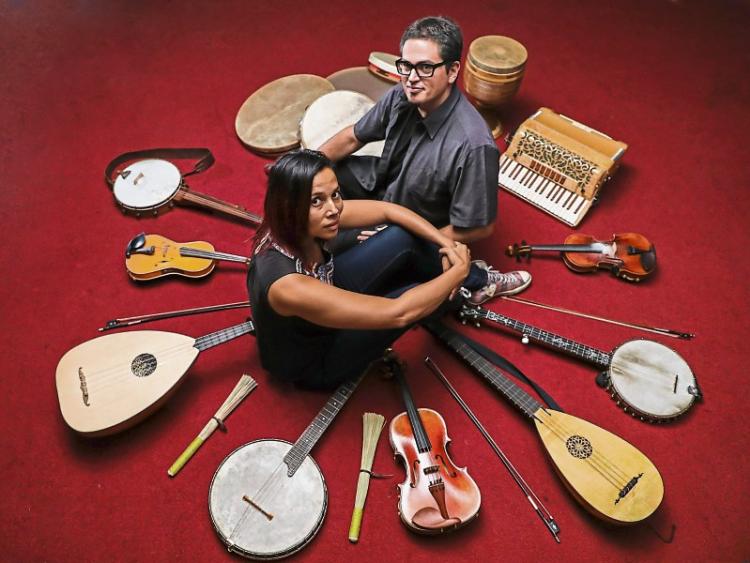 A native of Greensboro, North Carolina, Giddens is a founding member of the Carolina Chocolate Drops, a BBC Radio 2 folk award winner who is an Oberlin Conservatory opera-trained classical singer, now more at home wielding the banjo, most recently in supergroup Our Native Daughters.

Have a look on YouTube and see her stirring up a storm on the banjo at Austin City Limits and the Bonnaroo festival in Tennessee, just two examples from hundreds.

She moved to Limerick after marrying a local and, while no longer together after a very amicable split, her kids are in school in Castletroy and she laughs that she is “entrenched here”.

“I can laugh at Fr Ted - the longer I am here, the funnier it gets. I have definitely drunk the Kool-Aid, I am quite happy to stay here and be in this cultural mix,” Rhiannon says.

She is speaking to the Leader ahead of a Music Network presented show at the Lime Tree Theatre with Italian accordion and piano player Francesco Turrisi.

“It is the first time that I have played a proper Limerick gig. Previously my band would come through and we would only play Dublin. But now that I am here and this is where I come home to, it is a lot easier to do these things,” she says.

“I have been coming back and forth to Limerick and I recently moved my home base here, but I have been coming and going for a long time and this is the first time I have ever had a real proper gig here, so it is exciting,” Rhiannon adds.

She was spotted by Lime Tree marketing manager Gill Fenton in Whelan’s about three years ago, who says “she blew me away”.

In recent years, Rhiannon has starred in the TV show Nashville and contributed a song to the Red Dead Redemption 2 soundtrack, but you get the sense she is most excited about working with Turrisi.

The duo have a forthcoming album, recorded with Joe Henry at Windmill Lane, and it is a musical voyage of discovery from Africa and the Middle East across to Europe and the Americas. They discovered a shared creative ground after their paths crossed a few years back, spanning gospel, jazz, blues, country and folk, but this is their first nationwide tour of Ireland.

“Our two worlds come together pretty easily, that is one of the reasons why we work together, we discovered our sounds and our approaches to music are very similar, just from opposite sides of the Atlantic Ocean,” says Rhiannon.

“Our sounds that we have been working on ourselves combine pretty effortlessly and that is what you will hear in the show. A lot of it is really explorations of where these different cultures meet.”