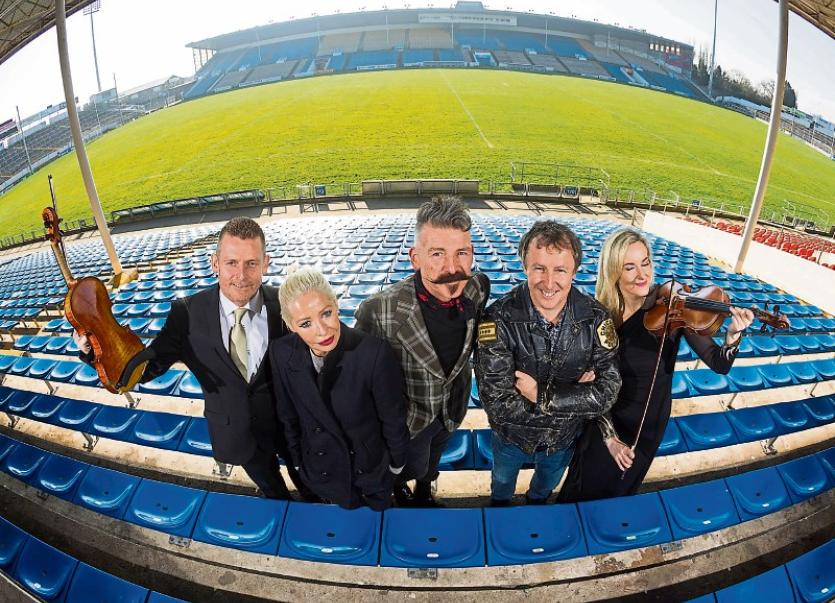 TOM Dunne was on hand to launch the newly rebranded Tipp Classical this Tuesday, as the event returns for a second outing.

Last year saw the arrival of Feile Classical, two nostalgia-filled concerts of show-stopping performances to a sold-out crowd of 20,000 at Semple Stadium, re-establishing it as the music Mecca it once was in the 90s.

The brainchild of Limerick-based promoters CWB, Tipp Classical returns as a new and expanded two-day festival with a line-up that’s a mix of classic 90s and contemporary artists, curated by Dunne and the Irish Chamber Orchestra.

It returns on Friday and Saturday, September 20 and 21 and features Sultans of Ping, The Stunning, Therapy, Mundy, Wendy James of Transvision Vamp, Something Happens, the Frank and Walters and more, all performing with the ICO.

“We’ve listened and we’re delighted to announce Tipp Classical, a new expanded two-day festival with a line-up that’s a mix of classic 90s and contemporary artists, curated with the ICO’s tributes to some of Ireland’s biggest names in music,” said Tom Dunne.

“This year fans can choose on the night to take a seat in the stand or enjoy the gig from the pitch without having to storm security! I know Jerry Fish was delighted to have been the ring leader of such anarchy last year, he’ll have to come up with some new plans for mischief for his tent the Tipp Big Top and leave out rebellion at the Main Stage this year,” he added.

Micky Mac and Will Leahy will return to the decks this year and the utterly charming Jerry Fish will host the Tipp Top all weekend with wild and wonderful circus acts, amazing bands and loads of surprises.