LP at 20: Exhibition at Limerick’s Hunt puts firm print on a ‘close relationship’ 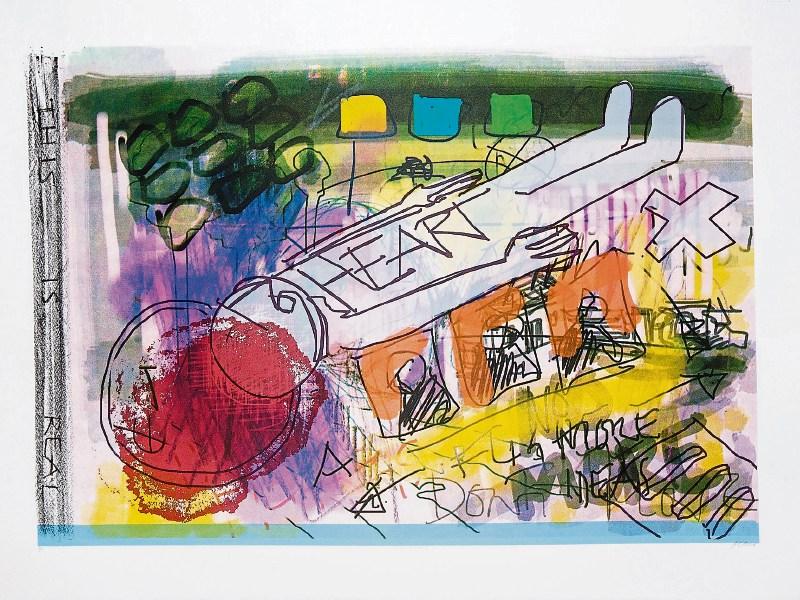 LP at 20: Artist Des MacMahon’s work for the Limerick Printmakers exhibition, opening this Thursday at the Hunt

LIMERICK Printmakers is gearing up to launch a major exhibition of new work commemorating its 20th year anniversary in 2019.

The LP at 20 exhibition of new prints opens this Thursday from 6pm in the Hunt Museum and will be officially opened by actor and comedian Pat Shortt.

The printmaking studio and creative space has become an integral part of the cultural landscape of Limerick and the wider region since it was founded in 1999 and currently has over sixty active studio members.

Indeed, it has been a hub for the annual Culture Night, with families in their droves beating a path to the studio’s front door in Bridgeland House, Johns Square and to the Printmakers’ former locations around the city.

Formed in 1999 by Melissa O’ Brien, Claire Boland, and Kari Fry, then recent graduates of LSAD printmaking department, it has evolved into an active studio that emphasises creativity, inclusivity, community, and experimentation.

“Celebrating such a milestone is obviously an ideal opportunity to look back on developments that the studio has made, often in challenging circumstances,” said Jessica Tobin, director of Limerick Printmakers.

“I strongly believe that it's also vital to look to the future and to be ambitious for both the studio itself, ts studio members and for printmaking as a whole.

“The concept of community is integral to printmaking and active studio spaces are central to this.

“Just as vital for artists are spaces to exhibit their work and we are delighted to continue our hugely positive relationship with The Hunt Museum by realising this exhibition,” she added.

Naomi O’ Nolan of the Hunt said there had “always been a close relationship” between the organisations.

“The fact that LP at 20 will launch on the museum’s twenty-second birthday in the same gallery beautifully exemplifies the synergy that has existed between the two organisations for many year.”

The exhibition launches at 6pm and runs to April 22.