It’s another #weekendinLimerick - and what a weekend! 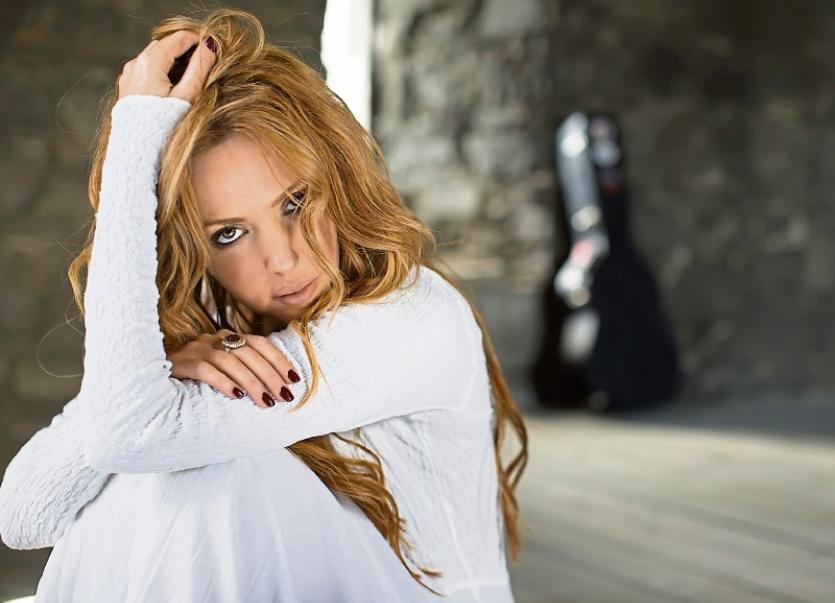 LIMERICK has begun to wake up from the long cold winter that never arrived, bringing an early spring bounty of music, movies, free figure drawing and a day with free cake if you’re thinking of getting married or just like cake. Let’s check out what’s on this weekend.

Snooker legends Steve Davis and Ken Doherty are at the Longcourt House Hotel in Newcastle West for a charity exhibition match this Thursday. With seven world championship titles between them, it's the perfect chance to show your mother that time spent in a snooker hall isn’t wasted. Snooker is basically tidying-up disguised as sport so it’s a fun night out for any family that likes to keep a neat house. The two stars will be playing each other, as well as doing trick shots and engaging in cheeky banter with the audience. It’s in aid of Friends of St Ita’s Community Hospital and West Limerick 102FM. The show starts at 8pm and tickets are €20.

Limerick Writers’ Centre host their monthly On The Nail literary evening at CB1 in Limerick city this Thursday. Galway dramatist Pete Mullineaux and Dublin novelist Moya Roddy are the guest readers for the night. They’re both published poets and you can reasonably assume that they’ll be reading their most recent work of rhymes. It will be followed by an open-mic, the perfect opportunity for you to turn up and insist on reading your 8,000-line epic about Brexit and bouncy castles. It starts at 8pm and it’s a free event.

The Belltable kicks off its spring season of film screenings this Friday with The Camino Voyage, a documentary about a group of Irish nutters who rowed 2,500 kilometres from Ireland to northern Spain in a self-made currach. Dónal Ó Céilleachair’s film about four men in a boat has been highly acclaimed by audiences and critics enthralled by Ireland’s late retort to the legendary Milesian invasion from Spain. It’s picked up multiple awards and is a must-see. It starts at 8pm and tickets are €8.

Metis Music For Mental Health gathers some of Ireland’s best music artists to Dolan’s Warehouse this Friday in a benefit night for Corpus Christi Primary School, Pieta House and Limerick Suicide Watch. The Corpus Christi Choir will be performing with singers Dora Gola, Dylan Murphy and Síomha Brock in a musical celebration of mental health with a message of hope. Last year’s show was solidly sold-out so you’re advised to get your ticket early. It starts at 8pm and, with some serious sponsorship from Limerick businesses, tickets are €25. All proceeds from the gig go directly to the three charities.

UL and Mary I are both hosting Open Days for prospective students this Saturday morning. Campus tours, information stands and course talks will run throughout the morning to give you an idea of whether either of the two colleges is right for determining your entire future until the day you die. No pressure. The UL open day runs from 9am to 3pm while the Mary I event is from 10am to 1pm. Both events are free but you must register in advance.

If you’re planning on getting married in 2019, you should probably hurry up and find someone pretty soon. Quality over quantity - in other words, one wife or husband should be enough. The Mid West Bridal Exhibition is at the UL Sport Arena on Saturday and Sunday this weekend, featuring every possible service and add-on you can think of for your future wedding and a few that you wouldn’t have thought of until you find out that the annoyingly-smug couple across the street are doing it. It’ll cost you €20 to get in, assuming that there are two of you (tenner each), because going to a wedding fair by yourself is just weird. It runs from midday to 6pm both days. If you arrive early, you can probably eat the price of your ticket in free wedding cake samples.

Joanne McNally brings her Gleebag comedy tour to the Kasbah Social Club this Saturday night. The Dublin comedian is best-known for presenting Republic Of Telly on RTE and this is her first headline tour. You can expect an evening of dark comedy about body image, eating disorders and questionable life choices. Doors at 7.30pm, tickets are €13.

Lisa Lambe is at the Belltable this Saturday, performing with Sligo folk orchestra No Crows. You’ll remember her from her star turn as the fiery Oonagh in Jimmy’s Hall last summer. She’s also a former member of Celtic Woman, the all-female musical ensemble determined to test the Ship Of Theseus paradox by replacing all the band members every few years but keeping the name. Ms Lambe is one of Ireland’s finest singers, with the voice of an angel who’s seen a thing or ten. If you’re going to see one gig this weekend, make it this one. 8pm, tickets are €18/€16.

Sunday gives you a chance to try figure drawing for free, as Limerick Figure Drawing Society are hosting a taster evening for their Spring sessions at Dromroe Village Hall in UL. Bring your own materials - markers, pencils, or a giant lump of coal - and draw people forced to stand still until you finish. It will run from 8pm till 10pm but they’d like you to arrive on time. If drawing is your vibe, you would be mad not to give it a go.

The Three Amigos are at the University Concert Hall this Sunday night. They’ll be playing both kinds of music - country AND western. Limerick native Jimmy Buckley has been a star of Irish country music since he first climbed on to a pickup truck in the late 1980s and his tours with Robert Mizzell and Patrick Feeney have been implausibly popular with Irish audiences. You can look forward to foot-tapping sea of heartbreak songs peppered with - I kid thee not - comedy sketches performed by the three lads when they're not singing. There are very few tickets left for this show, so if you've a hankering to see it, get your ticket as soon as you can. 8pm, tickets are €32.50.

The Blurring The Edge ceramics show is at the Hunt Museum until January 20. Free to visit.