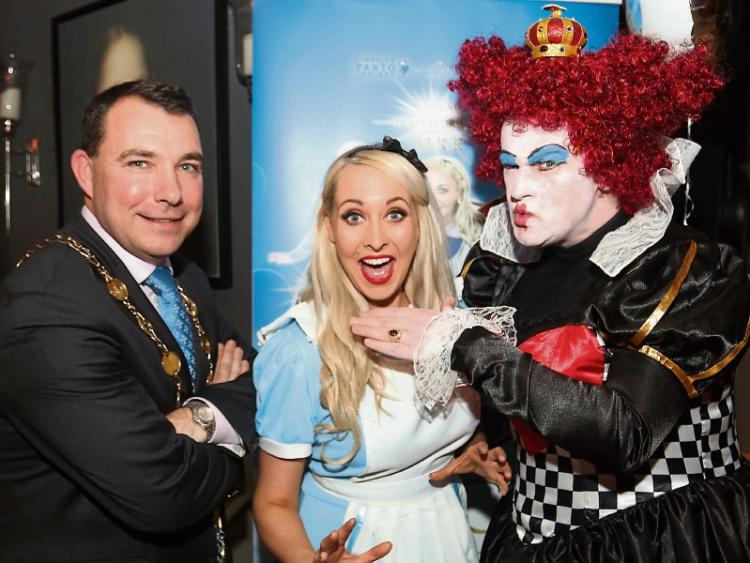 EXPECT surprises, twists and turns and lots of laughter as Limerick Panto Society return to the stage this festive season.

The much loved society is back this December with Alice in Wonderland, its 34th annual production since Cinderella in 1986.

Rehearsals are underway and the group is busy preparing for Alice at the Lime Tree Theatre, which it launched last week.

Fans will be reassured that Tim Cusack will again play the Dame and this year he is The Queen of Hearts and promises to enthral both young and old with his comic antics in what will be, as ever, be an outstanding production. He has also written an exciting new script for the classic tale which he says was “inspired by our dear friend John Finn”.

Also returning is special guest star Emma O’Driscoll, playing the title role in the production, while Jason Ronan makes a welcome return to the Panto boards after his baptism of fire last year as Aladdin. The talented Stuart Mackey is back in the iconic role of the Mad Hatter, with panto veteran Damian Shaw taking on the role of the much addled White Rabbit.

Shows start on December 28 and run to January 6 and there will be a charity night for St Gabriel’s School and Centre.