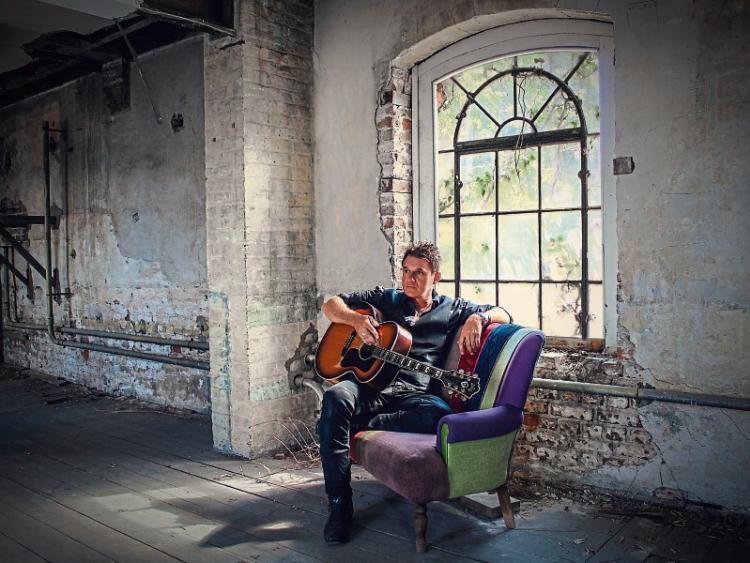 An ‘amazing journey’: Don Mescall plays the UCH on November 6

THERE was a time Don Mescall was happier in the shadows, crafting songs for other artists, rather than stepping into the spotlight.

And what a spotlight the Ahane man gave up; his work for the likes of Geri Halliwell to the Backstreet Boys to Ronan Keating has appeared on over ten million records worldwide. More recently, he has written songs for Francis Black, Sharon Corr, Brian Kennedy, Aslan and a trio of hits for Nathan Carter.

There are songs in the works with Cliff Richard and Paul McCartney, but first, Mescall is putting himself back out into the spotlight again with his first solo album release since 2006 debut Innocent Run.

Joining him on Lighthouse Keeper - out this Friday - are a cast of characters that includes Nathan Carter, Paul Brady, Sharon Corr and Stella Parton. The long-awaited solo record is both beautiful and heartfelt as well as bursting at the seams with the cream of the crop of singers - yet it is the Limerick man’s voice, his lyrical heart and his soul that continually rises to the top in the songs on this gorgeous album.

He is, quite rightly, chuffed with the results.

“I did an album in 2006 and, honestly, I didn’t like any of the process. I was a lot younger, I didn’t have management, I was kind of pushed into it,” he says.

“I ended up making a record that - really - I wasn’t ready for, I don’t think. So, when that was done and it came out, I pulled back and just decided that I want by the songwriter in the background - I just didn’t like the life. And then some success followed,” he laughs.

“I promised myself that if the right bunch of songs came along at some stage, that I would make another record. But I would be a much different position, I would have full artistic control.”

Equipped with his own studio in London and the leverage that being a songwriter to the stars can bring, he set about finding his voice.

“I was in Nashville and was writing and without even thinking about it too much, subconsciously I guess, I was writing for my own album. I found that I was writing these songs that really explained where I was in my life,” says Don.

“I think I am in a better place in my life as well and I think the timing is right for me, isn’t that amazing? And I have found that I really enjoy singing these songs. These songs I have written for myself and that is the difference.”

The title track is particularly poignant, inspired both by his own daughter Eve and the memory of his father Tom who died of a heart attack at a hurling match in Caherconlish when he was quite young.

It is also one of only two songs on the album that he doesn’t enlist a guest vocalist for. And what a guestlist it is - many of whom, Corr, Brady, Parton and two different choirs among them, will join him for a gig in the UCH to launch the new album.

“I guess it was a point in my life too where I realised that I had made some progress in my career, where I could reach out to these people that I had either written for or with,” laughs Don. “They were so respectful. I was honest, I said, I don’t know if anybody is going to buy this record - does anybody buy records any more? I am not doing it for that, I just want to put out this body of work. And they loved it.”

When it came to launching the album, there was only one place Don had in mind.

“I really had to fight a battle and say I am either doing it in my own home town or not at all,” he says. “And that was going back against the control thing. I wanted to make sure that I did it in Limerick. I am so excited about doing it for a number of reasons; because that is where I am from, that is where my first musical experiences were, that is where I started playing in pubs around town, I learned my trade there.

“It is kind of funny to be coming back and playing the UCH with these songs, after the journey I have been on, because it has been an amazing journey.”