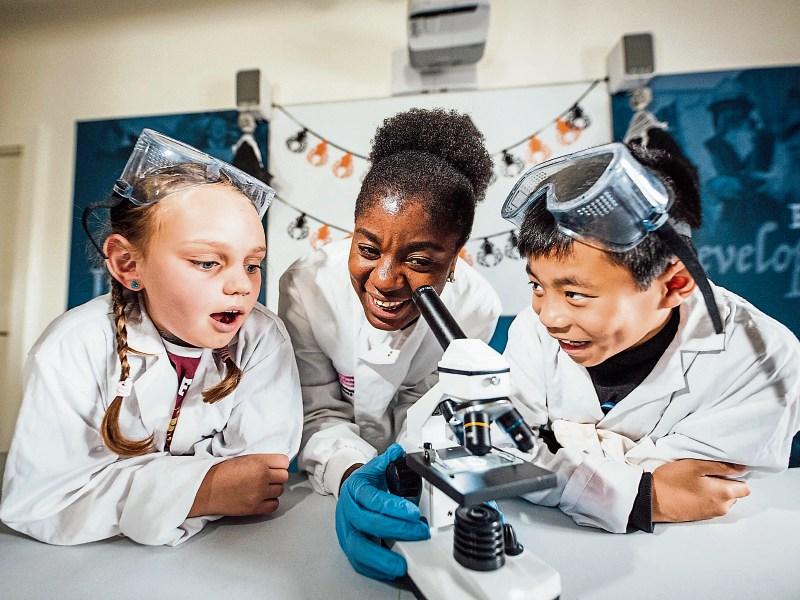 LIMERICK and the surrounding area is set to be a Halloween hub this weekend, with plenty of spook-tactular events on offer.

The city centre is playing host to the first ever Samhain festival, which started this Thursday.

But there are other events taking place, with Bunratty Castle and Folk Park saying its celebrations are “frighteningly exciting and perfect for the entire family.”

On Sunday, there will be a pumpkin picking event from 11am to 3pm, where kids can pick their favourite pumpkin for painting and decorating before taking it home and placing it in your window on Halloween night.

Bunratty Castle will turn into a frightening fortress the following day between 12 noon and 5pm.

Back by popular demand is the Halloween Spook Train ride – so be on the look out for ghosts, grim reapers and zombies as they appear from nowhere to give you a scare!

And to add to the excitement Shannon Heritage has added a brand new Halloween event at King John’s Castle with Spook-tacular Science, running from Tuesday, October 30 until Friday, November 2.

This exciting, fun and educational science club for kids between the ages of 6 - 13 is the ideal place for them to embrace their inner mad scientist while doing some fun 'messy' experiments. This show will be specially tailored with a Halloween theme.

"We’re really looking forward to our very successful Halloween days out. This year’s events are our biggest and best yet! Bunratty Castle and Folk Park and King John’s Castle have exciting, fun and spooky events planned that are perfect for the entire family to enjoy. Kids can come dressed in their Halloween costumes and take part in the games and activities," said Managing Director of Shannon Heritage Niall O’Callaghan.

Out in Kilmallock, at the old girl’s national school there will be a haunted house set up on Saturday and Sunday night.

Described as a “new and even scarier venue” organisers are saying entry to the former national school should be at parents’ discretion, as it may be “too scary” for some.

For those who prefer a more cinematic affair, however, the Richard Harris International Film Festival also got underway this Thursday night, returning for its sixth outing.

More than 250 movies from 27 countries throughout the world were entered for consideration to the festival.

Of these, 130 will be screened across the next five days – with next year’s festival extending to seven days.

The film festival kicked off at the Limerick Institute of Technology’s Millennium Theatre on Thursday with the premiere of the English language extended version of Constance Smith – Hollywood Tragedy.

Several short films will also air in the Belltable across the Bank Holiday weekend, with an awards ceremony in the Millennium Theatre on Monday night.

There are other attractions as part of the festival with City Hall hosting a ‘Limerick to Hollywood’ exhibition.

For more information, visit the festival’s web site at www.richardharrisfilmfestival.com.