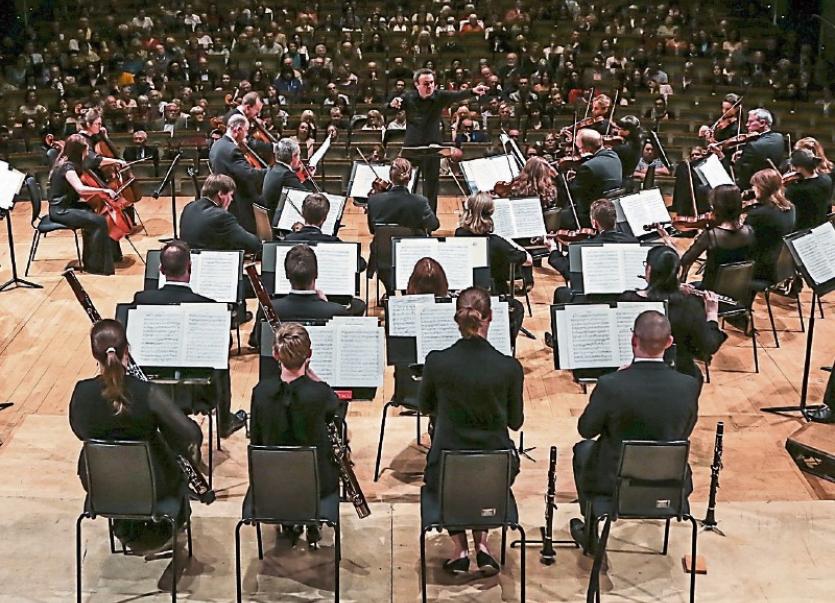 The Irish Chamber Orchestra has announced a busy autumn-winter season, with shows at the University Concert Hall in September and November

THE spotlight will shine on the Irish Chamber Orchestra this autumn-winter, with an exciting season ahead.

As well as backing some of the greats of Irish music at the Feile Classical – The Trip to Tipp in September, the UL-based ICO kicks off its new season with Roll Over Beethoven at the UCH on September 14.

Flamboyant Corsican conductor Jean-Christophe Spinosi makes a return for the show, for which the ICO has commissioned a new encore by Sam Perkin - a rousing work that highlights the individual personality of each orchestra member, and their playing style.

Then, after the ICO dons a new rock guise in Semple Stadium for Feile Classical on September 21 and 22, they join forces with Chamber Choir Ireland for the Irish premiere of Sir James MacMillan’s Stabat Mater at the National Concert Hall on September 23. The ICO heads back on the road in October with Night Music, calling to glór in Ennis, Siamsa Tire, Tralee and Monkstown Parish Church, before returning to the UCH in November.

That show, Spotlight, on November 15, features principal guest conductor and artistic partner Jörg Widmann who continues to “explore music” with the ICO. Clarinettist, Katherine Spencer will feature in a programme that includes Sebastian Adams, Puccini, and Tchaikovsky.

See www.irish chamberorchestra.com for more details and to book tickets.