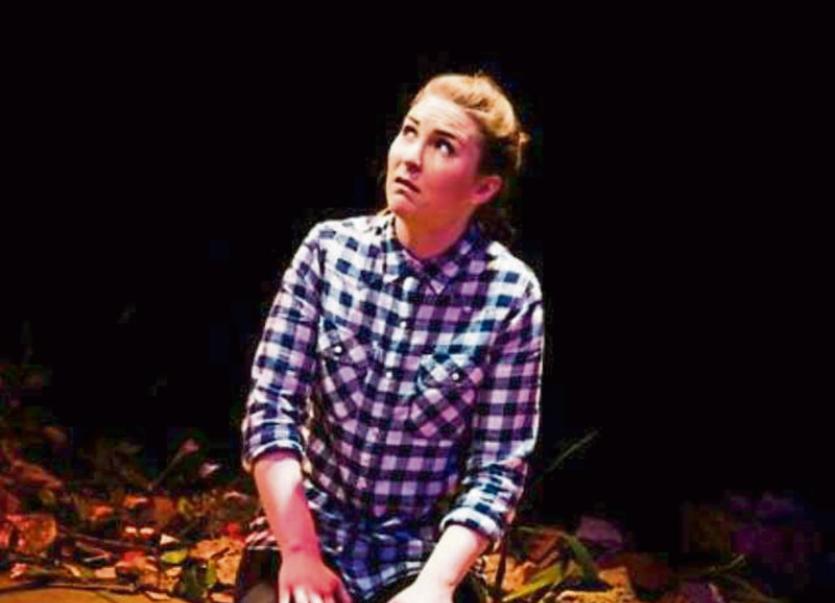 Displace is being developed as part of Katie O’Kelly’s residency at Belltable, supported by Limerick Arts Office

As a playwright, she is focused on drawing parallels between the Magdalene Laundries of the past and the ongoing system of Direct Provision.

In Displace, a new work-in-progress she is currently developing as part of her residency with the theatre company, she casts a cynical look at the Direct Provision system, which she believes has failed abysmally.

“The Direct Provision system was set up 18 years ago as a short term system for six months,” Ms O’Kelly explained.

“Here we are 18 years later and there are children who have been born into it. Children who have never had a meal cooked for them by their parents because there are no cooking facilities available for them at their centre,” says Katie.

“Basically for the show, I’ve been milling around  the idea of ‘The Ireland of Today’,” she explains.

“I think we think of the laundries as being something from our deep, dark past but it’s not.”

“There is the incarcer- ation of people happening today in Direct Provision centres. A lot of the time even in old religious buildings that have been repurposed.”

“The whole idea of Displace is that history is repeating itself and we need to stand up and take notice of that. Otherwise in 20 years time, we’ll be looking back and thinking ‘How did we allow that to happen?’ Like we are now with the Magdalene Laundries.”

“People will think ‘Everyone knew, how did it go on? Why didn’t people stop it?”

“As a nation of people who have had so many people emigrating abroad, down thr- ough the centuries, you think that we of all people should know what it feels like and to show welcome to people when they come in search of a better life.”

As part of her research, Ms O’Kelly has been working with Magdalene Laundry survivors. She has also worked and visited three Direct Provision centres in Limerick.

“It’s just seeing the situation there,” she expl- ains.

“What really hits me is the humanity of it. These are people who are the exact same as us, really bubbly, fun, caring people but for some reason this system has isolated and alienated them.”

“One of the centres we visited, there was lots of children and one of them came running up to us, a little girl, and she was all excited because she was going to her homework club. She couldn’t sit still, she was so excited.”

“I just welled up thinking, she’s stuck in this system and to her, this is normal. A converted army barracks, or a converted religious building. This is not the right place for growing up.”

“A part of the problem as well with the laundries was never knowing how long you were going to be stuck in that system.

“One of the women I met in Limerick said to me: ‘It’s worse than being in prison’ because at least in prison, you have an end day, you have a day you’re getting out.

“And that was what was happening with the laundries, they were never given an end date.

“I’ve been doing a lot of research and meeting a lot of people, which has been amazing. It’s great to get that through the residency, to be able to do that.”

To mark World Refugee Day, June 20, a ‘work-in-progress’ reading of Displace will take place at the Belltable at 8pm.

“It’s to see what works and what doesn’t. We’re really looking for feedback from the audience to see what they think of the script.”

“We also have two panelists joining us. Donna Vuma, who is involved with MASI, and Frances Healy, a Limerick based actor who played Sister Jude in the Magdalene Sisters.” Tickets are priced at €5 and are available at www.limetr- eetheatre.ie or from the box office 061 953 400.