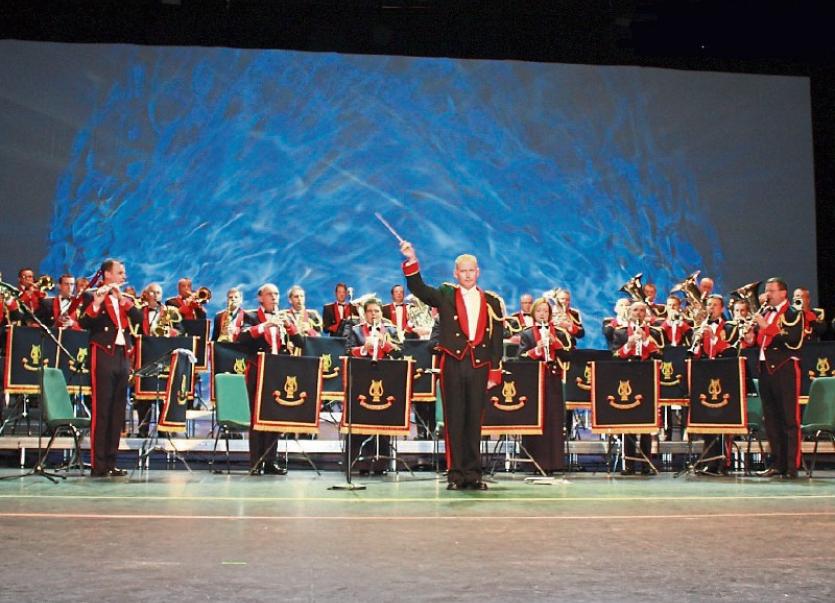 The mighty Military Bands and Pipes of the Defence Forces, under the baton of Captain Brian Prendergast, play the University Concert Hall this Saturday

The mighty Military Bands and Pipes of the Defence Forces are to return to the University Concert Hall in Limerick for their now annual Summer Proms concert.

The event, again under the baton of Captain Brian Prendergast, will be broadcast live on Evelyn Grant’s Weekend Drive on RTÉ lyric fm, marking also the launch of CD celebrating Irish wind band music on the station’s label.

As such, the concert, featuring delightful operatic arias, musical numbers and rousing military band tunes, will take place at 5pm on Saturday and also features Limerick soprano Mairéad Buicke for a show that Capt Prendergast promises will have “plenty there for everyone”.

And he’s right, given the programme includes the rousing Olympic Fanfare and Theme written for the 1984 Summer Olympics in Los Angeles, by celebrated film composer John Williams. It also features Percy French’s Gortnamona, a medley from the 1930s musical Me and My Girl, the well-known 19th century Irish ballad The Boys of Wexford, a Cole Porter spectacular and one of the most popular arias from Czech composer Dvorak, Song To The Moon - and more.

“There should be plenty there for everyone, there is a good mix there, from John Williams right through to a mix of some Irish tunes such as the The Boys of Wexford,” says Brian.

“We are going to have almost 60 musicians on stage. They make up a mixture of three bands - the band of the first brigade in Cork, the Army Number One band in Dublin and the number two brigade band in Athlone.

“We also have pipers from defence forces HQ in Dublin, so it is quite a large band but it should be effective.”

The Defence Forces Bands continue to perform at all major military and state ceremonial occasions, including the visit of Prince Charles this week, and Brian says the bands, who are full time, are currently recruiting.

Asked if he prefers the state occasion to the concert, he replies: “I love doing concerts and the engagements as well - that is the one thing about military bands, you are kind of expected to do everything from the parade ground into the concert hall and it is a wide mix of music, an eclectic mix.

“I always enjoy being in Limerick - you are close to the audience and I am looking forward to it,” he adds.