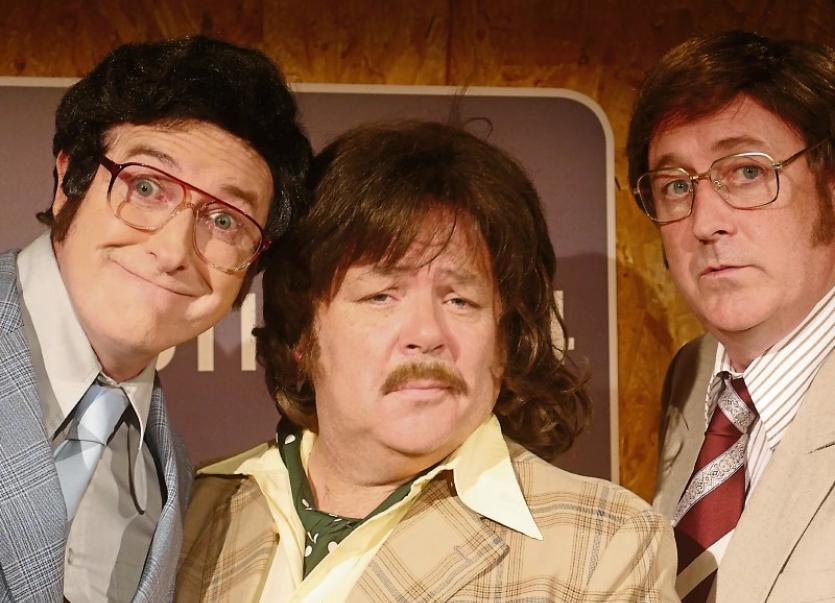 THE ever popular Apres Match team make a winning return to Limerick on the occasion of reaching a significant milestone.

The trio are back in Dolan’s Warehouse on Saturday, June 23 as they celebrate a 20th birthday.

Arriving smack back in the middle of World Cup 2018, the all-new special show features a vast arsenal of characters, from the world of sport, politics, media and everything in between.

The trio of Barry Murphy, Gary Cooke and Risteard Cooper can trace their origins back to a football skit Murphy performed in 1994 before they formed the full Apres Match team for the World Cup in 1998.

The sketch show has become a staple of RTE’s sports coverage in the years since, much loved by fans – and some – pundits alike.

The characters and impressions have become legendary and it has evolved to take in other sports and current affairs and booker Neil Dolan said: “For 20 years they have been at the forefront of the Irish comedy circuit. They were the first of their kind are really still are the best.

“This show is one birthday bash you cannot afford to miss. Dolan’s are delighted to welcome the Apres Match boys,” he added.