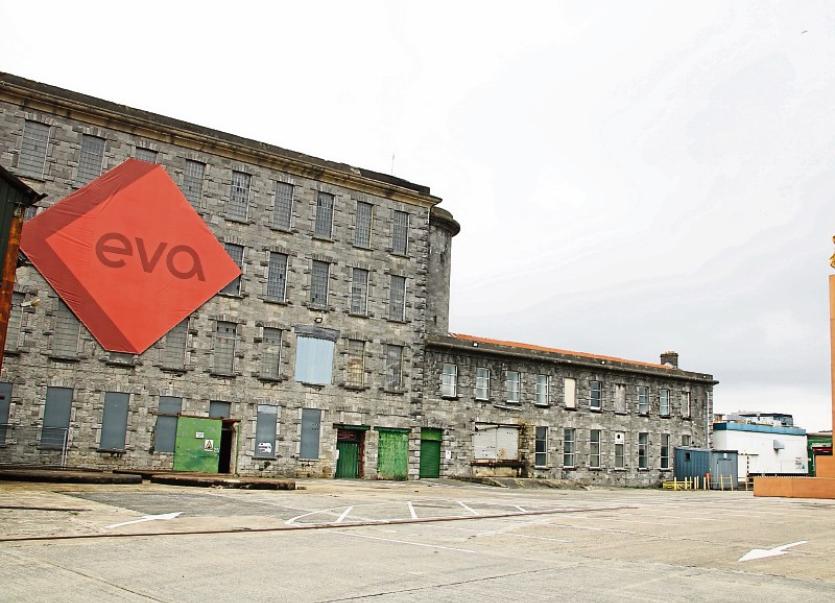 The Biennial EVA festival is underway

I THINK this relationship with EVA is very interesting,” Inti Guerrero says. The curator of the 38th EVA International, Ireland’s Biennial of Contemporary Art, is speaking to the Limerick Leader in the Limerick City Gallery of Art.

“To think that in the scale of the population and in the urban tissue; that’s there is always this commitment and support towards a major international event that is known worldwide and that has been picking up more even recently.”

“Since EVA has been rebranded as a biennial, it has taken on a new face.”

EVA International opened to the public at the weekend with a mix of historical, contemporary and newly commissioned artwork created by 56 Irish and international artists displayed across Limerick City.

Since its inception in the 1970s, the 12 week long programme of events has become a major kingpin in the culture calendar, both in Ireland and abroad, and a fantastic achievement in Limerick as well as for the wider artistic community involved in its ambitious production.

Some of the venues in the city this year include the Limerick City Gallery of Art, Pery Square, the Cleeve’s Condensed Milk Factory on O’Callaghan Strand and the Hunt Museum.

A new commission by Belfast artist John Rainey will be unveiled at the Hunt and ‘clusters’ of different works will also appear in exhibition spaces in the basement of No 6, Perry Square as well as in the former Limerick Clothing Factory on Lord Edward Street.

“The Clothing Factory is still in a relatively raw state but it's a beautiful building;  double height ceilings and exposed beams,” director and chief executive of EVA International Matt Packer says.

“From the beginning of EVA’s history its always been about trying to connect the presentations to the city, in all of its sort of different textures and  all of its different contexts.”

“It gives local visitors the chance to see their city a bit differently through their encounter with different artistic presentations and for international visitors, its a way of connecting to the histories of the city.”

“Its open for everyone. The biennial is free and even the approach we take in way we use venues, it's deliberately an attempt to bring the work to different local contexts within the city.”

“I think developing an audience is something we don’t take for granted. Each edition we’re trying to improve on that, the numbers who come through the door but also the breath of people who are interested.”

What makes EVA different as a project is both its longevity and its commitment to showcasing different viewpoints from around the world, Guerrero believes.

“It's been for a longtime and I think that always gives weight to a project. Since the 70s, it has always insisted on thinking about culture production as an international endeavour and not a nationalistic, insular, self-consuming production of culture.”

“There has always been this need of dialogue, of trans-nationally, which is even more and more important nowadays because of how, in general, there is a rise of nationalisms in Europe. A lot of the cosmopolitan relationships are being seen as the antithesis of local identifies.”

This is not the case with EVA, he adds.

“We have artists here from Madagascar, from Egypt, from Ireland, from Panama. It's important to have that diversity. It's almost like a right for the audience, as civilians to be able to have access to that multiplicity of aesthetics, which exist simultaneously around the world.”

This year’s edition takes its starting point from Night’s Candles are Burnt Out by Sean Keating, with EVA exploring some of the same narratives of modernisation and metaphors of power the Limerick artist explored in his 1927 painting.

“During my first visits to Limerick as part of the research towards the biennial, one of the visits was to the Hunt Museum which is where I encountered this amazing painting,” Guerrero says.

The painting depicts an allegory of Irish psyche at the time of the construction of the hydroelectric dam at Ardnacrusha on the border of County Limerick during the 1920s. he project radically shifted the society of the newly formed Irish Free State.

“With the advent of electricity comes all the real exhilaration of economy and industry,” Guerrero explains. “The show has different ramifications that come from here. On one hand, there’s works that looks at electrification and dams.”

“There’s others that have to do with a similar perspective, like how to define this new landscape. Modernity is something that we are constantly reinventing.”