My Left Nut: Coming of age tale has a real heart at Limerick's Belltable 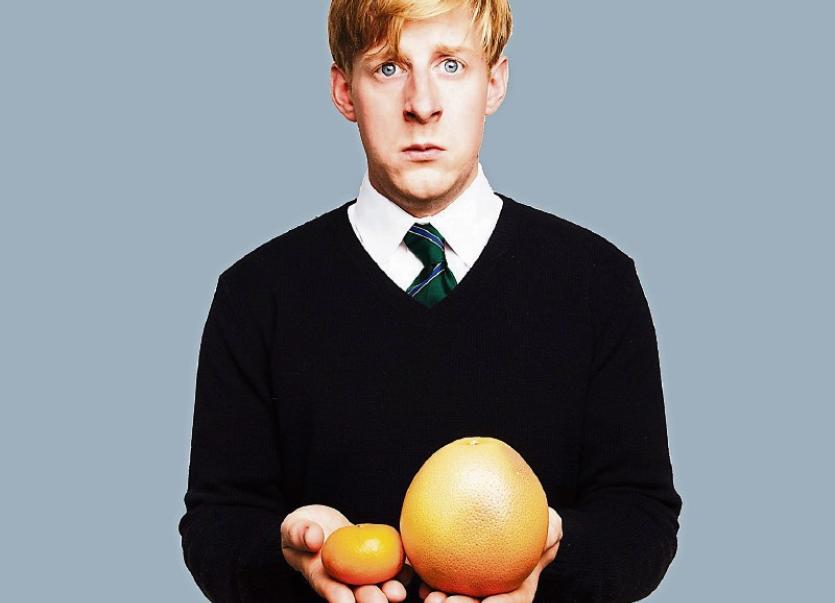 Michael Patrick in My Left Nut, taking to the Belltable stage on April 19 and 20

THE Belltable-bound My Left Nut is described as the true story of a Belfast boy growing up with no father to guide him, and a giant ball to weigh him down.

The play, a Prime Cut and Pan Narrans Co-production, performed by Michael Patrick and directed by Oisín Kearney who wrote it, comes to Limerick on April 19 and 20.

Set in Belfast in the late early 2000s, My Left Nut tells the true story of Belfast native Michael Patrick who developed hydrocele testis when he was 14, a condition which caused one of his testicles to start swelling.

Too embarrassed to tell his mother, he let the condition worsen for three years until he couldn’t ignore it any more. By this stage it was bigger than a can of coke and his friends could see the outline of it through his trousers.

A show overflowing with awkward teenage comedy and nostalgia from the last decade, it sold out a run at the Dublin Fringe Festival, where it was nominated for The Bewley’s Little Gem Award and has toured up and down the country.

It also has real heart, showing how Michael slowly comes to terms with his father’s death as he deals with his own illness.

It touches on the inability of men to talk about their problems, and on the difficulties single mothers can have in raising young boys. In sharing his tale, Michael hopes to encourage men to seek help for their problems and remove stigma from such issues.

The play was originally developed through the Show in a Bag programme, run by Fishamble, The Dublin Fringe Festival, and The Irish Theatre Institute to resource theatre makers and actors.