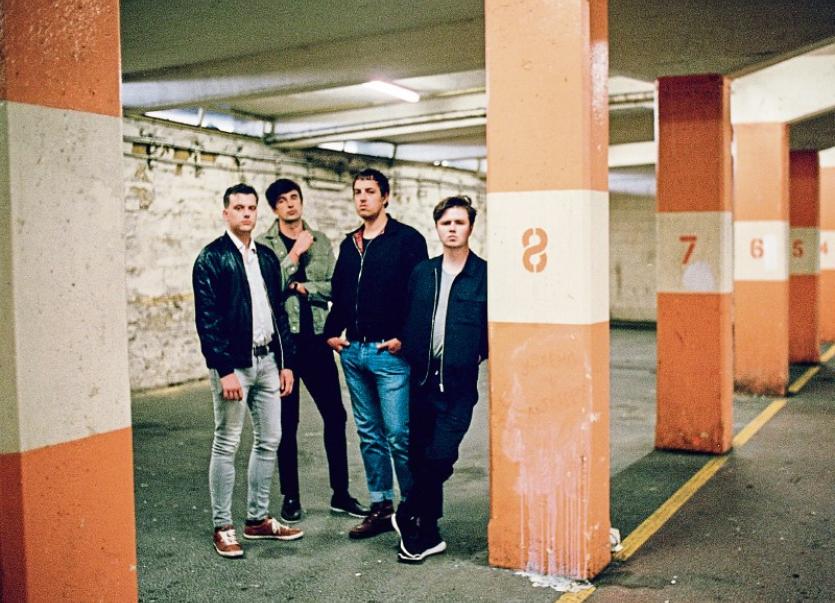 The Kasbah Social Club for Seoda Shows comes after the release of new double A-side single, Voyeur/Burn in the City, the band’s first new material since last year’s Pink December.

The brooding post-punk quartet also added second guitarist Liam O’Connor to their ranks in that time and following an intense period of songwriting and honing their live craft via numerous festival appearances, they are emerging to play live, including in Limerick.

They plan to release a debut album later in 2018.

“Liam came to us with the chord progressions and guitar melody of ‘Voyeur’. I liked the contrast between the spectral, somewhat eerie verse parts and the melodic, hopeful chorus,” says vocalist and bassist Niall Clancy of Slow Riot, which also features Aaron Duff and Paul Cosgrave.

“Lyrically I wanted to convey this disparity between hope and desperation and found a similarity in, what can be, the voyeuristic nature of romance today,” he adds.