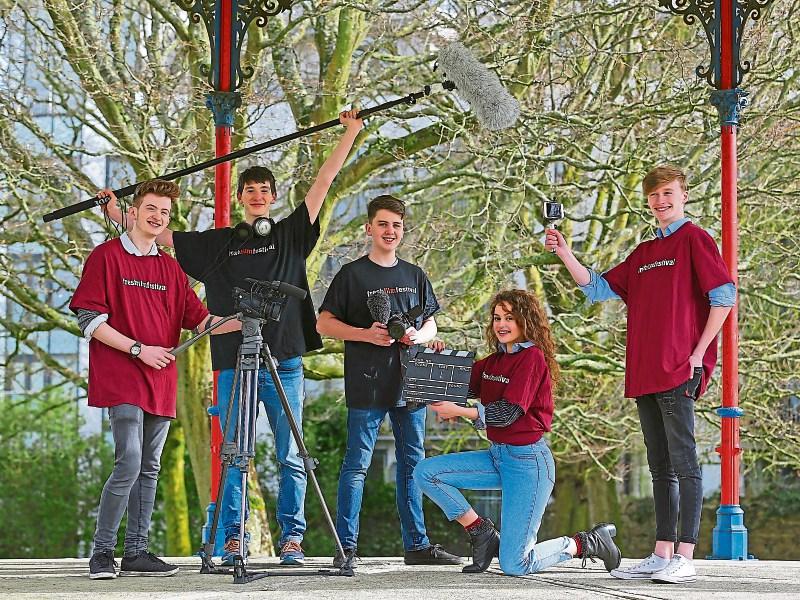 Young filmmakers Aaron Moloney, Jonathan Stack, Luke Culhane, Meghan O'Shaughnessy and Jack O'Shaughnessy, who are hrough to the finals of Ireland's Young Filmmaker of The Year 2018

FINALISTS for Ireland’s Young Filmmaker of the Year 2018 at the Limerick-based Fresh Film Festival have been announced ahead of the event taking place in the city next week.

Fresh, which encourages young people to make films by hosting annual film festival for young people, takes place in Limerick from March 20 - 25 and is open to young people from 7-18 years of age.

Now in its 22nd year, it encourages young people to create, exhibit and share films. It provides an opportunity for these young filmmakers to see their work on the big screen and to compete for the title of Ireland’s Young Filmmaker of the Year and to win up to €1,000 towards their next film.

The competition, which received a record of almost 1,500 entries this year, announced which short films would move on to the finals at the Limerick regional heats, which took place in Belltable this week.

Films screened at the Limerick regional heats included films from Clare, Tipperary, Kerry and Limerick. The shortlisted films will be screened during the festival, with Ireland’s Young Filmmaker of the Year Awards to be presented on the March 21 and 22.

Fresh was founded by festival director Jayne Foley, who said: “We’ve been overwhelmed by the entries this year, the future of filmmaking in Ireland is bright.”