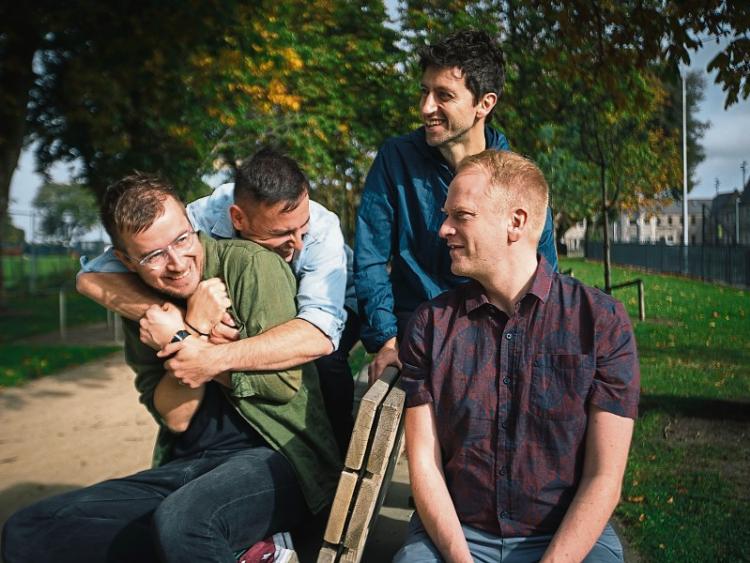 In the Moment: Delorentos make a return to Limerick for a show in Dolan’s Warehouse in April

DELORENTOS return to Limerick for a show in Dolan’s in April, fresh from the release of their new single.

The Delos released new single In The Moment on February 16, a bright, inspiring and melodic paean to capturing, immersing yourself in and living for 'now', they say.

The lads will play five intimate shows around Ireland in April, beginning with a much anticipated show on Friday, April 6 at Dolan’s Warehouse. The latest song - plus last year's In Darkness We Feel Our Way - builds on Delorentos’ well earned reputation over 10 years and five albums for a sophisticated grasp of catchy, intelligent tunes and harmony, bursting with a warmth and vitality.

A new studio album is expected later this Spring.

Meanwhile, there are just a handful of tickets remaining on sale for Walking on Cars at King John’s Castle, bookers Dolan’s say.

The Dingle natives play Live at the Castle on Friday, July 20, one of three shows announced for the medieval venue turned concert arena for 2018 along with Bell X1 and Hermitage Green.

Likewise, just a handful of tickets remain on sale for All Tvvins at Dolan’s Warehouse on March 29, the venue say.

In the meantime, shows with David Keenan, Sam Amidon and These Charming Men were announced this week, while notable gigs in Dolan's this week include the Lost Brothers and the Jarlath Henderson band, while We Come in Pieces launch new album Stop the Rot with a show this Friday in the Kasbah Social Club.