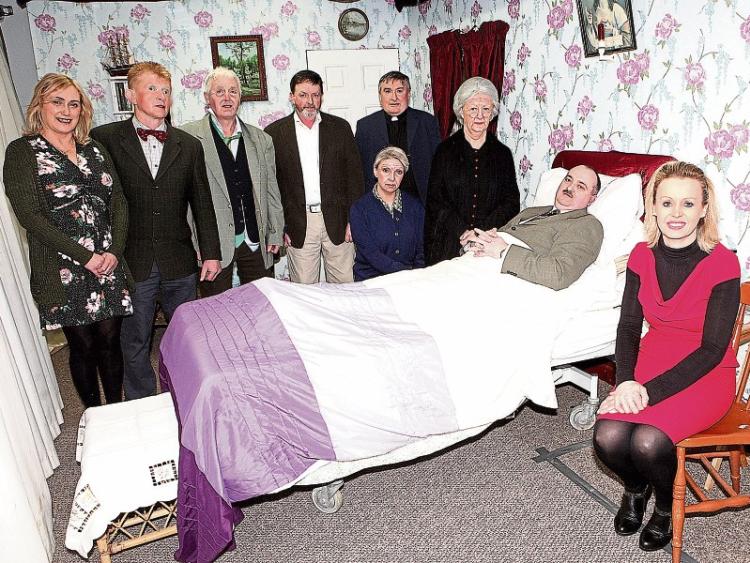 IT’S A hilarious three-act comedy about a funeral, of all things, and there’s still a chance to see it this weekend in the county.

Banogue Parish Drama have staged a stellar show every year since 1998, and the event is now a hugely popular fixture in the local calendar.

The first leg of performances took place on two nights last weekend. This weekend, there will be three more chances to see A Wake in the West, by Michael J Ginnelly.

The play will take place in the Community Hall in Banogue this Friday, Saturday and Sunday at 8pm sharp.

The comedy is set in a country house on the west coast of Ireland. The story involves the carrying out of the unusual contents of a will, the carry-on of some of the not-so-welcome neighbours and the eagerly-awaited return of an exiled son.

The events at the wake and funeral of this man “will have you falling off your seat with laughter”, promise the organisers.

The fun two-hour performance is suitable for all ages, and is recommended as a “great family night out”.

This is the dedicated group’s 21st production - they’ve never missed a year since their first one, Cinderella, in 1998.

Since then, they have performed shows such as Joseph and his Amazing Technicolour Dreamcoat, Grease, Annie, Mamma Mia and Hairspray.

But the local group has also tackled many other theatre classics, including Oliver, Calamity Jane, the Sound of Music, Seven Brides for Seven Brothers, and Oklahoma.

Last year, the Banogue drama group performed Thanks for the Music.