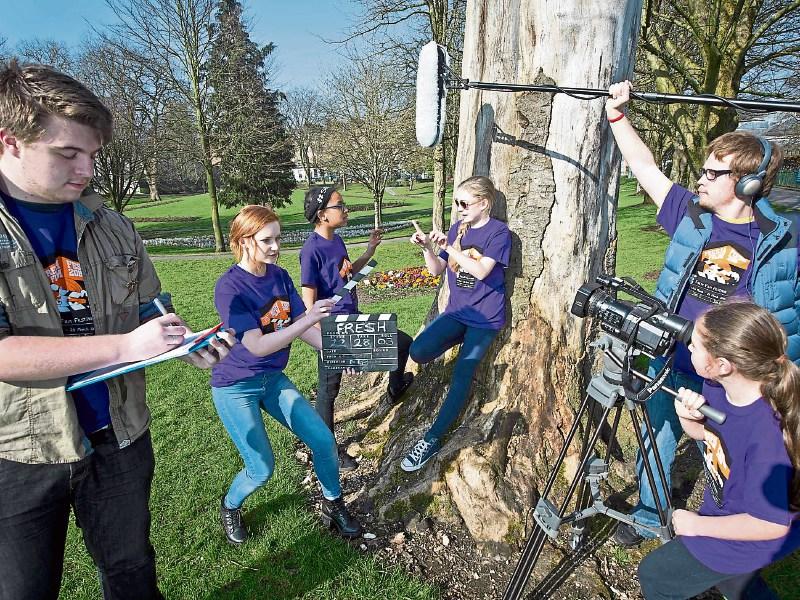 Young filmmakers from Limerick taking part in Fresh, which returns from March 20 to 25

THE Limerick-based Fresh Film Festival has put out a final call for entries for Ireland’s Young Filmmaker of the Year 2018.

Fresh, which encourages young people to make films by hosting annual film festival for young people, takes place in Limerick from March 20 - 25 and is open to young people from 7-18 years of age.

Now in its 22nd year, it encourages young people to create, exhibit and share films. It provides an opportunity for these young filmmakers to see their work on the big screen and to compete for the title of Ireland’s Young Filmmaker of the Year and to win up to €1000 towards their next film.

All films submitted are also considered for a range of specialist awards. The closing date for entries is January 26. The Festival has Junior, Senior and International categories for individual and group projects.

Speaking about the final call for entries, Fresh Film Festival Director and founder Jayne Foley said: “There seems to be a real buzz around filmmaking in Ireland at the moment.

“Now Limerick film is being put on a world stage with the news that Syfy has confirmed a series order for Nightflyers which will be shot at our own Troy Studios. It has never been easier to make high-quality films with minimal budgets so anyone can be a filmmaker.

“We want to give the young people of Ireland a chance to be seen and heard,” she added.