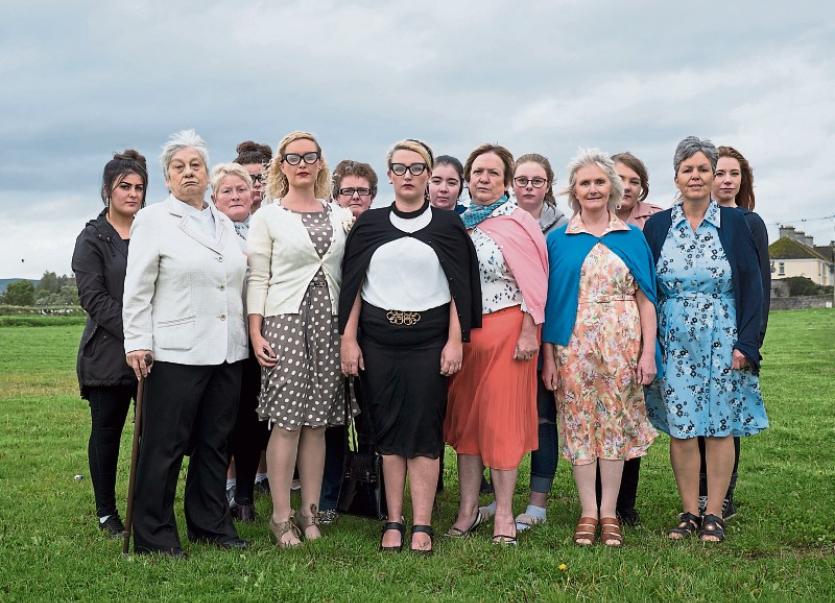 Some of the cast and crew of Queens of the Island Field Picture: Lucy Dawson

TWO short plays that offer very different perspectives on life in the parish of St Mary’s will take to the Belltable stage next week.

Queens of the Island Field features stories from the women of the parish and features Field of Dreams, written by Mike Finn and directed by Joan Sheehy, a lyrical tribute to life in St. Mary’s Park in the 1950s and 1960s, and Washed Up, a new script devised by Monica Spencer with a younger generation from the same community.

Both plays are inspired by stories gathered and from conversations had, over a number of years, between community groups and artists associated with The GAFF, a performance resources space on Cecil Street in the city.

“The casts of both plays are drawn from members of Moyross Community Drama and from members of different youth groups in St. Mary’s who, collectively, identify as d’Island Girls,” explained Monica Spencer.

The rich heritage of the area provided the show’s creative team with excellent raw material for a dramatic text, particularly the history of the estate, reflected in Finn’s work. Washed Up makes reference to a sense of departure from the traditional way of community life and to the physical effects of flooding in St Mary’s Park.

“Queens of the Island Field is a strong representation of life over a number of generations,” added Spencer.

- Queens of the Island Field runs from November 28-30 in the Belltable. See www.limetreetheatre.ie for more details and to book tickets for the shows, which start at 8pm