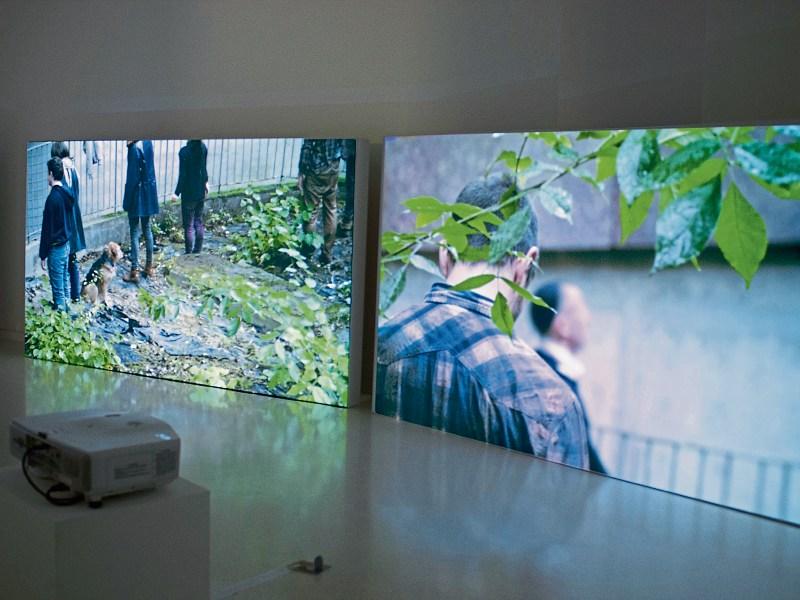 Daytime Movements by Boris Charmatz and Aernout Mik, two of the artists whose work will feature at LCGA for Light Moves

THE Light Moves festival of Screendance, which invites audiences to see dance differently, returns to Limerick for a fourth annual outing.

The festival is the brainchild of curators Mary Wycherley and Jürgen Simpson, backed by Dance Limerick and takes place from November 2-5 in a number of city venues.

Light Moves is unique in that it is Ireland’s only festival focusing on screendance - or the visual representation of dance -and is essentially an international festival of dance, film and media arts.

Key among a programme of provoking and cutting-edge new and existing work is a collaboration between Light Moves and Limerick City Gallery of Art, unprecedented in Ireland as a substantial gallery exhibition of screendance.

While the gallery hosted an event last year during Light Moves, it has incorporated the festival to become part of its core offering this year, with the installation of video pieces running until January 14.

LCGA director-curator Una McCarthy believes this move means “people will see work that they might not have seen, if it was just kept within the confines of the festival.

“My hope, my desire, is that more people will experience it,” the director, in situ at LCGA now for some two and a half years, explains.

“Last year, we put our toe in the water and we ran a series of events over the course of the weekend, but I realised, if we were really to make an impact or a statement, it needed to be a bigger kind of statement than that,” says Una.

“One of the big things (we try and do) is really connect with other institutions and organisations in the city and Light Moves is a perfect example of that.”

Screendance in the Gallery is the result, curated by Wycherley and Simpson, with the artists involved coming from the US in Cindy Sherman, the UK - Rosemary Butcher - the Netherlands, France and the Czech Republic - Harun Farocki, and from a ground-breaking project developed by Sydney based contemporary multi-arts centre Carriageworks called 24 Frames Per Second.

“It is part of our core offering and the reason for that is that there are a number of really seminal, international artists, in particular Cindy Sherman - an artist that very rarely would have an outing in Ireland, let alone in Limerick - also Harun Farocki, who has done a very major piece of work - and for us to get an opportunity to put work of that calibre on here, is well nigh impossible on our own,” says Una.

“So for me, that whole notion of collaboration, where the result is one of symbiosis ultimately - (means) we are able to host these artists and a very significant body of work, that without the collaboration with Light Moves, would not or could not have happened here in Limerick.”

Light Moves, which has enjoyed sell out successes in previous years, has created a home for screendance in Limerick - a mutually beneficial arrangement that also serves to improve the city’s burgeoning artistic reputation.