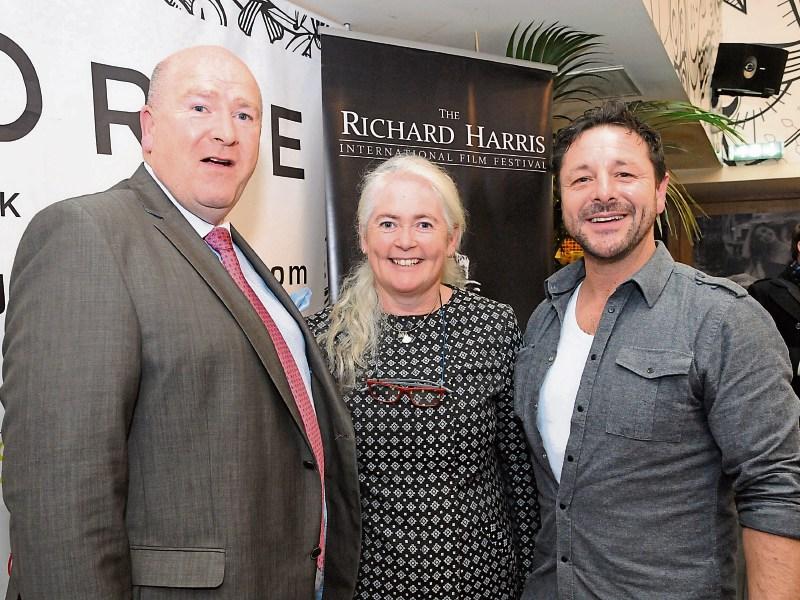 THE FIFTH annual Richard Harris International Film Festival will screen more than 100 films as part of an expanded programme over the October Bank Holiday weekend.

At the launch of the festival in the George Boutique Hotel this Monday, organiser Zeb Moore said that it has been able to double its film showcase thanks to the addition of a second screening venue.

This follows a significant €30,000 funding boost from the council’s General Municipal Allocation (GMA) scheme, while it has also joined forces with LIT’s Limerick Film Festival.

This year will see a musical performance of Goldenhair by composer Brian Byrne, featuring acclaimed actors Stephen Rea and Patrick Bergin, and on-stage vocalists including local singer Kathleen Turner. Mr Moore, who has spent the past three years promoting the festival in Cannes and Los Angeles, said that the festival has received Ifta [Irish Film and Television Academy] accreditation, allowing screened films to qualify for Ifta awards.

“What is really significant is that we are growing, year on. With the Ifta accreditation this year, that is significant for other filmmakers throughout Ireland. Now, we can present to Ifta what we feel are the award-winning movies,” he said.

“The collaboration with the Limerick Film Festival is significant because it does change our dynamic, but it makes us more structurally viable moving forward. We are creating a really, really strong core team that will drive this festival on for the next five to 10 years, easily.”

He said that the Harris family was “incredibly proud” of the festival’s five-year progress and added that he is hoping the late actor’s close friend and fellow Gladiator star Russell Crowe will attend in years to come after being introduced to the actor.

A centrepiece at each festival is the Richard Harris retrospective screening, and this year’s featured film will be Harris’ 1995 film Cry The Beloved Country. Director Darrell James Roodt will join the Harris family for the screening and Q&A afterwards at the Belltable on October 29 at 3.30pm.

As well as a showcase of student and professional short and feature films over the weekend, there will be a social event for all participating filmmakers at the George Boutique on Saturday night.

The penultimate event will be for horror fanatics as the Fresh Film Festival horror shorts are showcased at the Belltable on Monday, at 12pm. The festival will wrap up with a BBQ at JJ Bowles, with a time to be confirmed.

Metropolitan Mayor Cllr Sean Lynch will open the festival on Thursday, October 26, at the Millennium Theatre, at Moylish. At the launch, Cllr Lynch said that because Richard Harris was “about the underdog, he was about giving everyone an opportunity, and this is what this festival is all about”.