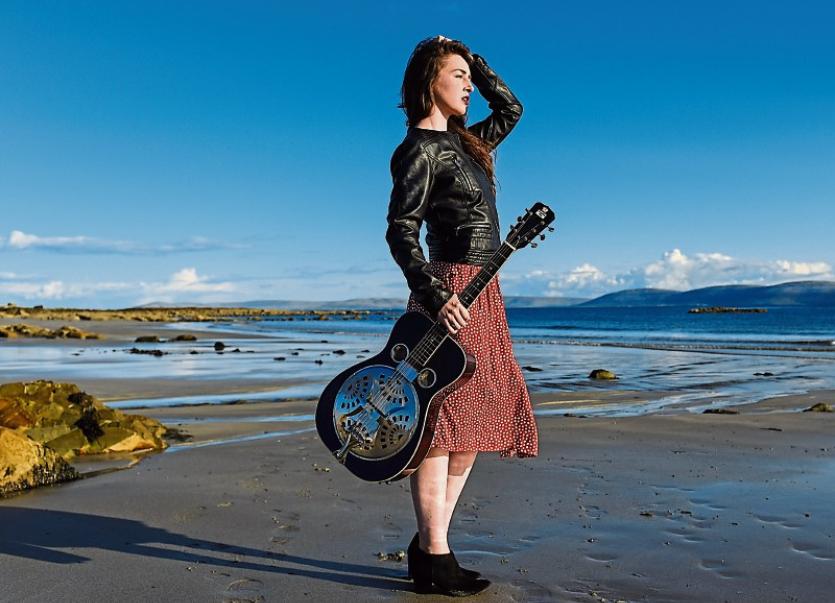 Eilis McCarthy as Pegeen Mike in Playboy of the Western World – The Musical, coming to the Lime Tree on October 5

IT is the Playboy of the Western World – but not as you know it.

JM Synge’s classic play has been radically updated as a contemporary musical, set in the form of a 1950s radio play and given a modern soundtrack in an adaptation by Justin McCarthy and Diarmuid de Faoite. It comes to the Lime Tree Theatre on October 5.

McCarthy explains that the acclaimed version of the classic text is itself a theatrical version of an award-winning RTE Radio Musical the duo produced. The “unique” stage show features ten actors reading the 12 roles, a live five piece band, an original soundtrack and a foley artist and has been described as “pure escapism, quality and fun”.

“It is a lot of fun, that is the point, it is what theatre should be, it should be fun. People should go and actually say they were glad they went to that,” laughs McCarthy.

“In a way, the whole story is about Pegeen Mike, her backstory and she is a sad blues singer, who owns a bar. That is the narrative sleight of hand with this.”

The jumping off point was that romantic notion of radio plays and tables full of devices for creating sound and, with Rod Goodall on board to direct, these foley instruments are visible to the audience. McCarthy sees the tale of the Playboy as “a romp in a bar”.

“If you knew nothing about it, the first thing that would strike you about it is that it is something that happened over three days in a bar,” he laughs.

“If we were to move that into the present, the first thing that would be in the bar would be a cover band, playing everything from country and Irish to Aerosmith. So what we did was, we decided, the band, who play all original songs, because the music is original, start with country and Irish and go through all the different genres and the characters fit happily into that.”

Synge’s flowing, lilting language has been retained, Justin explains, with the benefit of an on-stage narrator, and he describes the visual presentation as “somewhere between the Rocky Horror Show and the Goonies”.

“What has delighted us is that everybody gets it, 80% of the text of the play is still there, but everybody gets every line, which has really surprised us and brought back that old fashioned thing of theatre where people have a great laugh.”