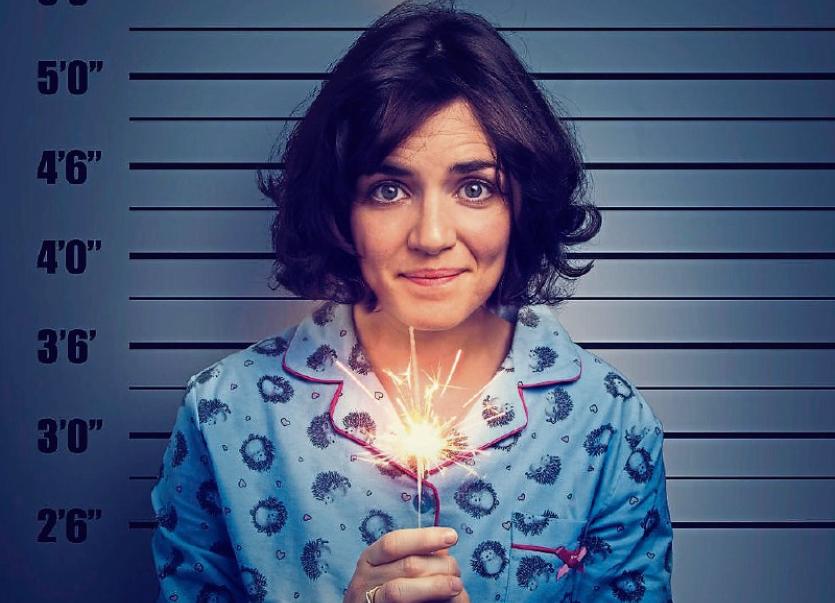 SINGER-songwriter Catherine Ireton will return to her homeland for her first ever Limerick performance since embarking on a successful career 12 years ago.

For three days this week, the Castletroy artist brings the world premiere of her new show ‘For all the fires not lit yet’ to the Belltable.

A sung story and also performed through spoken word and lyrical narration, the theme of Catherine’s new show is that courage can be contagious.

The show tells the story of a timid bride-to-be, Claire, who faces the daunting experience of having to make a speech at her wedding.

Her “24-hour adventure” shows how she goes to the extreme to prove both herself and her friends wrong.

The theme of courage, she said, was in response to constant fear-mongering and its contagion in the media.

“I thought the antidote to this level of fear and anxiety that everyone is feeling, is to tell more stories about courage, which is the antidote to fear. People are always like: ‘Oh my God, I could never do what you do’, but I don’t have to be brave to do that because it is something that I have always been doing, whereas I actually find driving terrifying. And that is a very ordinary thing.

“I was thinking how courage is actually relative to how scared you are. And, in fact, the bravest people are the people who are most scared.”

Attracted to writing about the ordinary things in life, Catherine said the story also looks at “the absurdity of when you are trying to practise something that you are not good at. I genuinely feel that way about courage. And I think people put up barriers and say: ‘I am not the type of person that does that’. And then I looked at the idea of courage being contagious, like the way fear is contagious, if we can access it”.

Catherine, who attended Laurel Hill and studied at UCC, was part of a project with renowned Scottish group Belle and Sebastian. She moved to Brighton in 2011.

“As an artist, I feel that I am often quite an anxious person. I am naturally a worrier, and the only way I can get past that is by pushing myself into something that I am scared about. And every time I do that, artistically, more comes back to me.

Commending the arts scene in Limerick, she said the theatre landscape “is really changing”. After Thursday’s preview, the premiere will take place on Friday and Saturday at the Belltable at 8pm. Tickets range between €14 and €16.