A feast of fun for Culture Night in Limerick 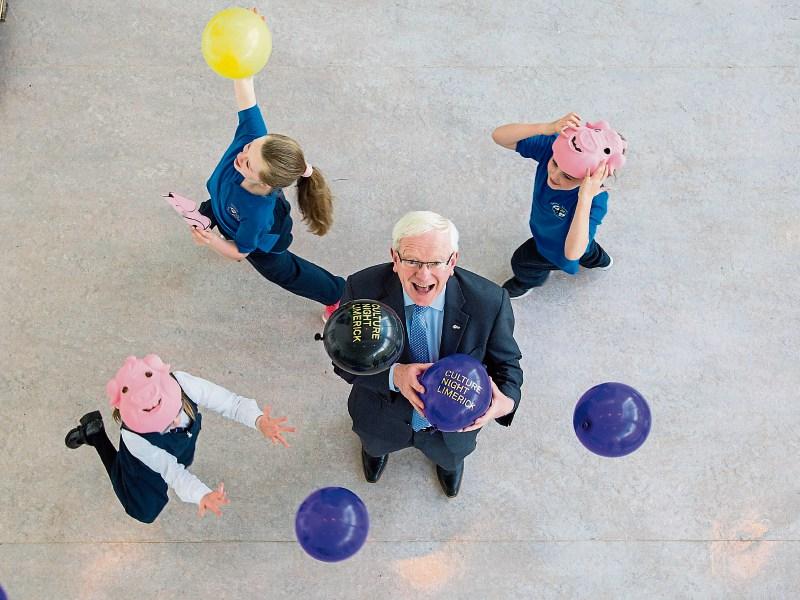 THE first ever Pig Parade to take place in Limerick is one of over 90 events taking place across the city and county for Culture Night this Friday.

3000+ FREE events across the island of Ireland.

LIT has teamed up with the Pigtown Food Series for the parade, which is to be led by a giant pig made by LSAD graduate Emma McNamara, up Cruises Street and finishing in the Milk Market, which hosts a special Culture Night event.

President of LIT, Professor Vincent Cunnane said: “Culture Night is a great initiative that allows Limerick city to open itself up through new experiences and special events. We are delighted to partner with the Pigtown Food Series to bring the Pig Parade to the streets of Limerick. It’s a participative and fun event which will uncover and celebrate Limerick’s rich food heritag.

“We are also very excited to open LSAD up to the public as part of our Culture Night programme. I would like to invite people to join us for a for a range of activities, including special screenings and an exhibition marking 21 years of the Fresh Film Festival.”

In all, some 90 free events will take place this Friday night for the returning initiative, part of a nationwide celebration of arts and culture.

Thousands are expected to attend the events, which sees arts and cultural venues and institutions throw open doors for free and at later than usual hours.

Godknows Jonas, of Music Generation and Rusangano Family, said: “Culture is an ongoing story. Our stories are different; but that difference needs to be celebrated, so that together we can create new stories.

“Real stories - ones that represent who we are together. So be part of switching on Culture with your stories on Culture Night in Limerick.”

The gates and doors of some of Limerick’s famous landmarks will be opened for visitors including the North Munster Masonic Centre, a tour of St John’s Cathedral, a look inside Sarsfield Barracks Military History and Culture and an International Living Statue will be performing.

Arts officer Sheila Deegan said of Culture Night: “Culture Night is about the celebration of the creativity that exists in our communities, organisations and individuals. Be sure to come out and enjoy the multiplicity that Limerick represents. For five hours from 5pm on Friday, Limerick will celebrate the diversity of all that culture switches on in our lives.”

Well known DJ and music collector Nicky Woulfe will host a special event - Vinyl and Vine - at the Hunt Museum, with a discussion on the music that has shaped his life. The free event takes place from 7pm and will be officially launched by Deputy Mayor Cllr Marian Hurley.

The Belltable will play host to IFI Local Films for Local People – Limerick Through A Lens, a olourful and varied programme of short films made in and about Limerick from IFI Irish Film Archive. The free event takes place from 8pm.

The climax of the programme is a cine-concert with live music by fiddler Cli Donnellan who will accompany a selection of silent films by the late Earl Connolly and others.