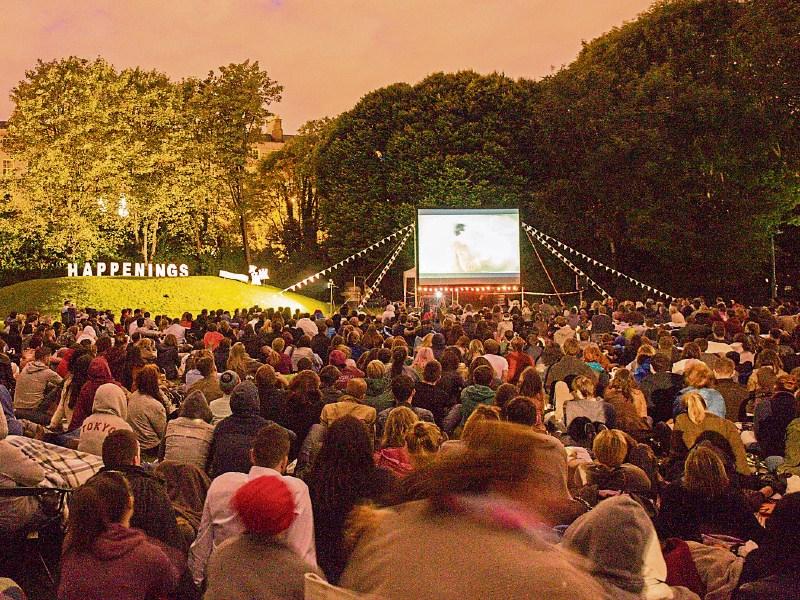 The People’s Park will be transformed into a stunning outdoor cinema location this Saturday as it hosts a special screening of Forrest Gump as part of the Elemental Festival.

The film tells the story of kind-hearted but slow-witted Gump, played by Tom Hanks, who faces many tribulations throughout his life all while witnessing some of the 20th century’s defining cultural and historical events.

His kind heart and loyalty towards his childhood friend Jenny takes him on a journey to where his destiny truly is. Hailed as a film of its generation, capturing the hearts of audiences globally, the 1994 film also won six Academy Awards.

Before the movie kicks off, guests can settle in to a comfy billow bag with a complimentary 7UP Mojito Free, or pull up a blanket and get cozy all in the name of 7UP Free and Happenings #SummerCinema.

“We are very excited to once again partner with such a well-known and respected Irish brand like Happenings for the 7UP Summer Cinema series. We know that Irish people are huge movie lovers, so we look forward to bringing some fun screenings to audiences nationwide in 2017, for a movie experience like never before! Set in some of the most picturesque outdoor locations of Dublin, Cork, Kilkenny and Limerick, there will be exciting activities for all members of the audience,” said ​Rebecca Burke, Head of Marketing for PepsiCo Ireland.

Peter O’Brien, Founder of Happenings said: “At Happenings we have a simple philosophy; we strive to give green public spaces to beautiful open air events allowing people to enjoy their city in a meaningful way. A key responsibility at each of our events is to Leave No Trace. Our audiences clean up the space after themselves and we have an unlocked policy which means we unlock the potential of public spaces for public enjoyment.”

Tickets are available on www.happenings.ie or on the gate for just €5.

Gates open at 8pm and the film will kick off when the sun goes down.

Early arrival is advised to get the best seats in the house!