Bring Your limericks to Limerick expands into three day festival 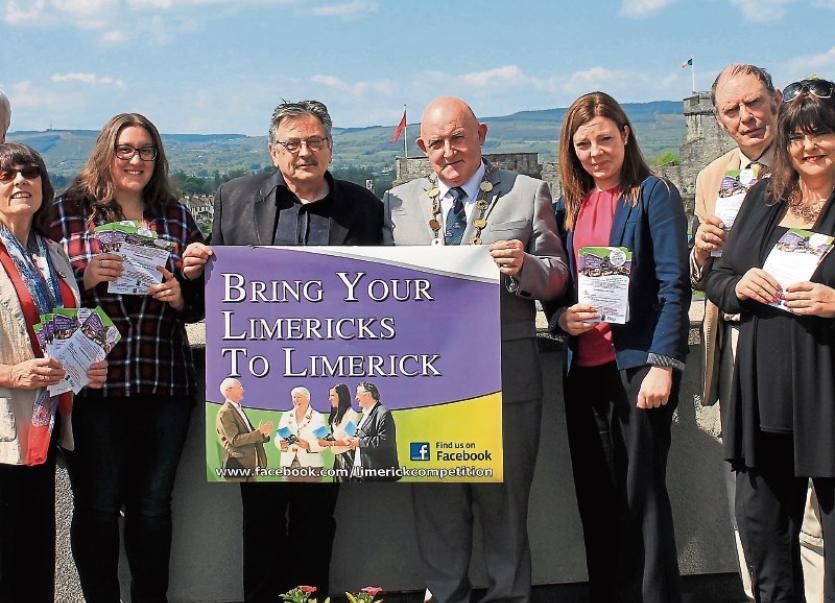 The group launching the Bring Your limericks to Limerick poetry competition

THE Bring Your limericks to Limerick poetry competition takes place this weekend and has expanded into a three day festival of literature, arts and culture this year.

The event takes place from today, Friday to Sunday, with the final of the now firmly established competition taking place on Saturday night in Dolan’s, with first prize for the winning verse is €500.

Lisa Gibbons, appointed festival director this year, said “the hope is to make the competition an integral part of the cultural life of the city and further the aim of making the Limerick verse form synonymous with the city of Limerick”.

The competition was made an international event in 2013 as part of The Gathering celebrations in the University of Limerick and was an enormous success.

Since then over 2,000 entries have been received for the competition, from all over Ireland and the world, with finalists turning up on final nights to do battle for the cash prize fund.

“This year we hope to have an equally exciting contest with again flamboyant local actor Myles Breen hosting the final,” said organisers.