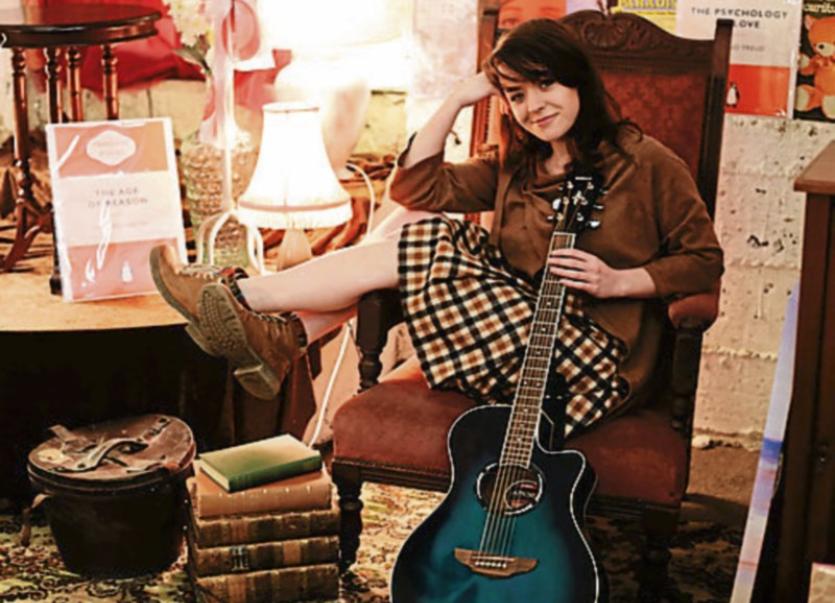 Emma Langford, 27, from Caherdavin, releases her debut LP Quiet Giant this winter, after three months of writing, recording and production

Aptly titled, 27-year-old Langford, from Caherdavin, has subtly rose to prominence over the past two years thanks to multitudinous gigs, a gung-ho Twitter presence, and strong media exposure.

Working with a “brilliant band” in the Golden Egg Studios in Portlaoise, the debut album was delivered by Grammy-nominated producers Graham Murphy and Chris O’Brien.

The delivery of Emma’s new album is timely, as she will be touring with a number of artists for the Irish Folk Festival in Germany and Switzerland this October.

And though there was a time constraint in producing the record, which took three months, the songs were previously written and the band “didn’t need any coaxing or hand-holding”.

“Although, sometimes we all held hands anyway for the craic! We all got together and dived straight into arrangements for the songs. Having such consummate professionals and all-round legends on-board took a lot of the pressure off. It's all coming together fairly bang-on schedule.”

She said that the selling point of the album has been the band, comprising vocals, violin, keys, double bass, percussion and cello.

“The band were everything this time round, from the music to the recording experience — they're some of my favourite people and have really made this album so beautiful.”

Though “bloody thrilled” about the end product, she admits that she is “quite nervous”.

“There's a lot of expectation about it, I mean, I know it won't disappoint, but what if, you know? What if every radio station turns it down and I never gig again after and I have to turn the album covers into beermats and sell them at the Milk Market. It's hard not to worry, but that's natural I guess.”

She added: “Next year is gonna be dedicated to writing some new music and learning some new tricks I think.”

As well as touring with the festival this autumn, Emma plans to perform a number of Irish and UK dates, after launching the album at Dolan’s on December 2.