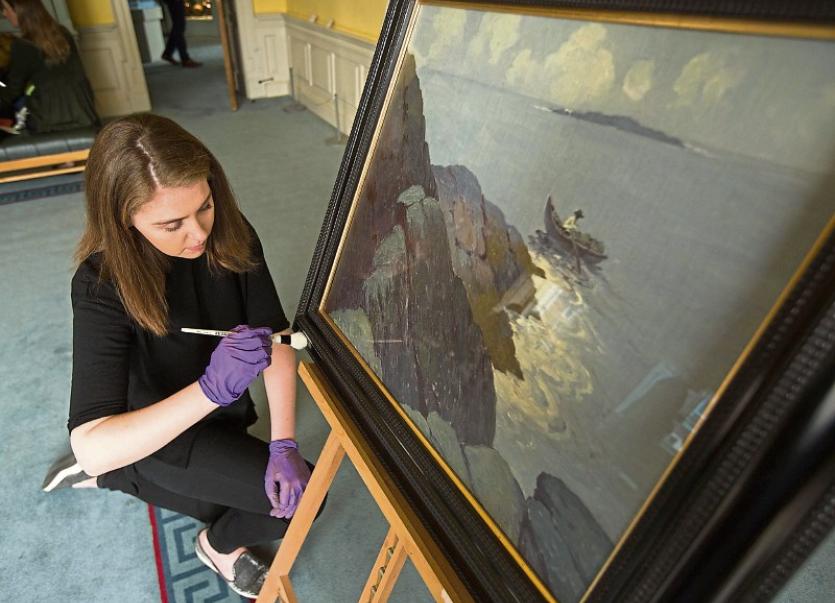 Sophie Hogan prepares Fisherman in a Currach by Paul Henry at the Hunt. The exhibition runs until September 30

Jack B. Yeats and Paul Henry: Contrasting Visions of Ireland opened in June and runs at the Rutland Street museum until September and is a must see.

Featuring rarely seen paintings borrowed from mostly private collections, this unique event encourages visitors to see Ireland through the eyes of two very different artists working before, during and after the establishment of the Irish Free State.

In their distinctive ways, both Yeats and Henry offer an insight into the Ireland of their day, the newly independent Ireland, its landscapes and seascapes and the ways of life of its people.

A show of both national and international significance, the exhibition features 50 works, many of which are normally unavailable for public viewing, a display that is drawn from private and public collections including works from the European Investment Bank Collection in Luxembourg.

The contrast between both artists’ work is striking, as is the development of their own styles over two prolific careers, and is particularly noticeable in the exhibition.