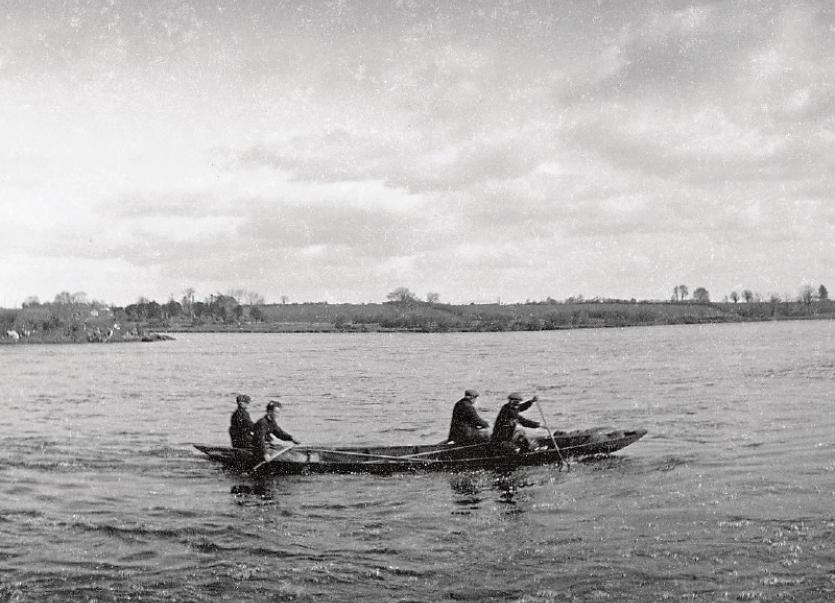 Abbey fishermen at work on the river

LOCAL filmmakers are being invited to pitch for a short documentary on a key part of Limerick city and county’s riverside heritage.

As part of the Creative Ireland Programme 2017-2022, the Council’s Limerick Archives are working on a Shannon Fisherman Archive project and are inviting expressions of interest from filmmakers to deliver a short documentary.

The long fishing tradition of Limerick with respect both to the city and the Shannon estuary from Doonass down to Scattery Island will be covered.

Previous historical projects have focused on the Abbey fishermen, who traditionally fished between Doonass and the lax weir in Corbally.

The Strand fishermen who lived near Clancy Strand (formerly North Strand) fished from the city to the Estuary before the development of the Ardnacrusha power station in the 1920s.

After that they joined the Coonagh and Newtown fishermen fishing from Barrington’s pier (near the former Cleeves) to Scattery Island.

The Strand Fishermen worked seasonally for the salmon season (mainly from July to September) and worked other jobs in the off season while still fishing for pollock and eels.

The Newtown fishermen living in Newtown Clarina also fished seasonally but during the winter a large proportion of them were reed cutters. Coonagh fishermen on the Clare side of the Shannon did the same. They fished from Bunratty and went down river.

The film duration should be approximately 10 minutes. Submit expressions of interest by 5pm Friday, July 21 to: archives@limerick.ie with ‘Shannon Fisherman Archive Documentary’ in the subject line.