A 'universal story of survival': Limerick to host premiere of Angela's Ashes musical 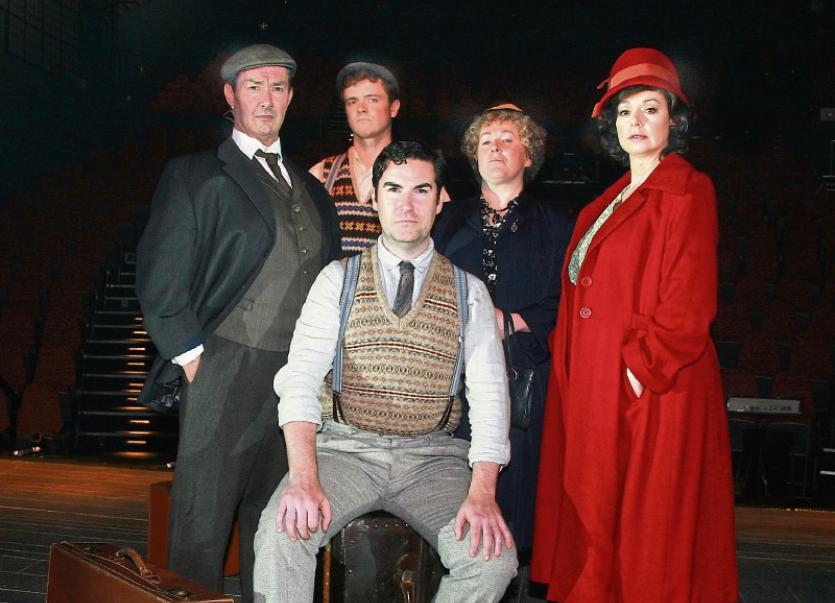 The repertoire of dark musicals has expanded with the addition and adaptation of Frank McCourt’s seminal, Pulitzer prize-winning work for the stage.

But despite the rain and the misery which pervaded his first work, the producers are insistent that the musical of his life is anything but depressing.

Alongside renowned producer Pat Moylan, of I Keano fame, co-producer Ciaran Walsh, who was behind the scenes of Riverdance for 15 years, has also been keeping a close eye on every nuance of the two-hour show, which is set to get its premiere in Limerick.

Opening to previews in Limerick’s Lime Tree theatre in Mary Immaculate College this Thursday night, it is the biggest production the theatre has yet staged in its short lifetime and its first world premiere.

With a cast of 14, and an overall crew of 36, intense rehearsals in Dublin over three weeks moved to Limerick this week as the show prepares for the first curtain to rise this July 6.

Moving to Limerick, Frank’s home, and in the month of the eight-year anniversary of his passing, has been “a big moment” for all involved.

The only missing component to date, and the most important, is the audience, said Mr Walsh.

“I hope there’s an emotional response from the audience and that they connect with the characters in the way that we have.

“It’s a fascinating process, and it has been kind of emotional to see it all coming together. It’s nervous and exciting at the same time, as there as so many spinning plates now and they all have to come together on Thursday at 8pm, we hope.

“We’ve been blessed with the cast, who are working 12-hour days now. The chemistry is definitely there, but you don’t know that in advance. They know the clock is ticking at this stage, and there’s pressure all around.

“The show really packs an emotional punch, and it has the potential to be really special.”

Frank’s journey is a “universal story”, Ciaran feels, of survival, emigration and triumph. Musicals, he admits, are “funny beasts”, generally attracting some reticence on behalf of the public.

But people may be surprised, he adds, citing the example of Les Miserables, a 600-page French novel, which has become one of the most successful musicals of all time.

It is expected that depending on its commercial success in Ireland Angela’s Ashes could yet be destined for the West End in London and New York’s Broadway.

However, both he and Ms Moylan are reluctant to “pre-empt” its attraction abroad at this point, despite the obvious appeal amongst the large Irish-American community, and Frank’s own star-turn as a teacher in New York before he became a successful author in his 60s.

Ms Moylan acquired the rights of the musical production of Angela’s Ashes, which originally came to Limerick under Adam Howell and Paul Hurt three years ago.

The opening night in Limerick is Thursday, July 6, with 11 performances, including two matinees. It will then move to the Bord Gais Energy theatre in Dublin for a further 11 performances and onto the Grand Opera House in Belfast.