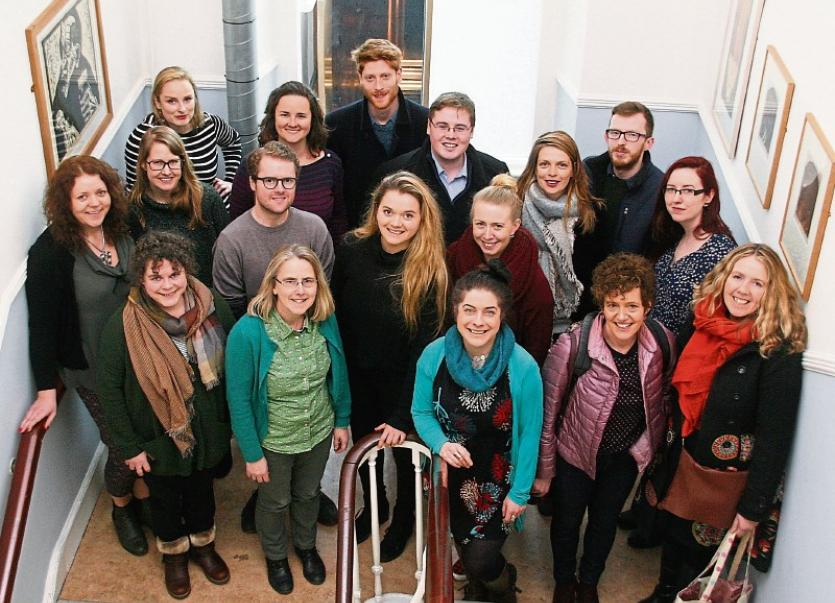 Theatre makers: The group present a showcase of ideas on June 30 and July 1 in the Belltable

A NEW ‘showcase of ideas’ being presented at the Belltable has been inspired by an edition of the Limerick Leader.

The theatre artists from around Ireland assembled in January, under an initiative spearheaded by Belltable programme manager Marketa Dowling - one which was funded by the Arts Council and formed a natural off-shoot from the Hatch LK scheme run by Maeve McGrath and Monica Spencer previously.

The six month theatre artist development scheme started in January and saw the practitioners come together to “create, collaborate and stretch their creative comfort zones” through monthly meetings, mentored, guided and supported by playwright Deirdre Kinahan and director Lynne Parker. The showcase is the result - with the Leader the inspiration point for the work.

“We thought it would be interesting and of relevance to audiences in Limerick, if the new work was the goal of the scheme was inspired by life in Limerick. And we thought, what better medium to choose than the Limerick Leader,” explained Marketa.

“We got a stack of copies and every artist took one home and read it inside out and they picked out pieces of particular interest to them.

“So what has actually come out of it that will be part of the showcase of ideas is, one of the pieces are inspired by Ardnacrusha, Limerick's connection with the pork industry and a new play that was written about a missing person, all of which were in the paper.

“That is really interesting to me and what I really like about that is all these pieces are brand new, they are fresh, they have started off as something and the artist took them and ran with it and created something that is new and was inspired by Limerick life,” she adds.

The scheme forms part of Marketa’s stated aim to make the Belltable - now run under the auspices of the Lime Tree Theatre - “not just a receiving house, but a centre for development of theatre in Limerick as well”.

To that end, Marketa and the Lime Tree team are particularly excited about an award of €27,450 from the Arts Council for the Theatre Artist Development Scheme as a follow on from theatre makers.

And, Katie O’Kelly has been awarded €19,030 as the Belltable’s new Artist in Residence for 2018, showing that the venue has strongly returned as the focal point of artistic and theatrical life in Limerick.