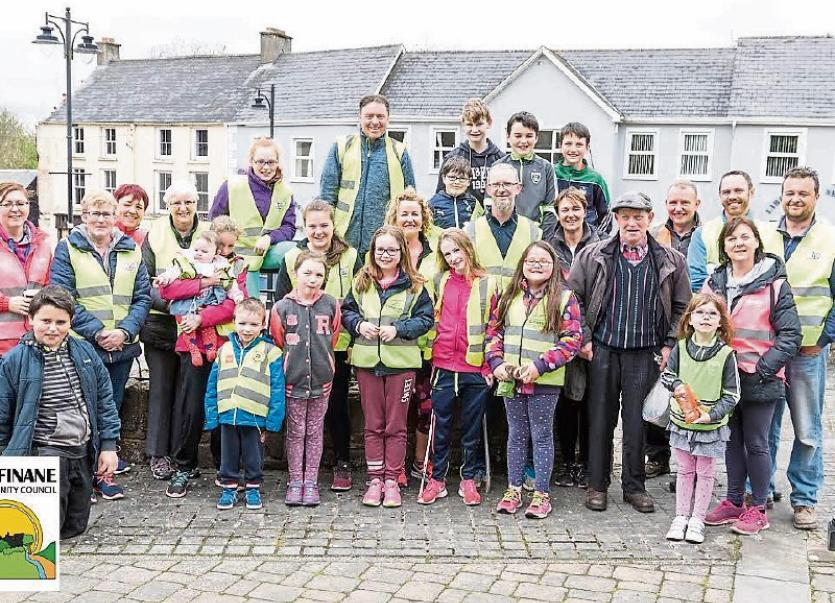 THE hills are alive with the sound of music in Kilfinane this weekend as the highest town in Limerick hosts its first Fleadh Cheoil Luimnigh.

Standing at an elevation of 150 metres in the beautiful Ballyhoura country, Kilfinane is representing the height of traditional musical excellence in the county from Wednesday evening to Monday afternoon.

And according to Kilfinane’s community council chairman, it represents a triumph for co-operation, hard work and determination.

Tommy O’Sullivan told the Leader this week of the massive engagement from all parts of the community that, first, won the right to host the traditional music festival and has since strived to put its best foot forward.

Tipping his hat to Ballyhoura Comhaltas Ceolteori Eireann, a new and energetic branch of the traditional music organisation, Tommy says Kilfinane has really pulled together to make this coming weekend a success.

“Ballyhoura CCE had to go and fight their corner like for everything else and having the whole community behind them was a big plus,” says Tommy.

“Kilfinane would have been well known all over Munster for festivals going back to the ‘60s,” he adds, “we had all the big showbands, so the belief was there that we could do it.

So when the Comhaltas group got the nod, the ball was rolling. In March the community council started sending out flyers trying to get people involved in putting the town’s best face out.

“The Tidy Towns group got going then as well and have put a massive push on to get the town looking well.

“The point is everybody in the town has bought into this and when all groups work together, things really happen. It all comes together.”

And it has become about more than just the fleadh, he adds, alluding to the strong sense of pride in place that has flowered from the winning of the festival.

“Over 50 premises in the centre of the town have been painted. If you stood above in the corner yourself for long enough, you’d be painted,” he quips.

“It was brilliant for the economy as well because a lot of people were buying the paint locally in Kilfinane.”

Tommy’s pride in the effort is most evident when speaking of his percursors. “The older generation who would have been involved in the past in the development association - they’re all in their 80s and 90s now - they are so proud of what is being done in the town. It’s being taken to a level they never got it to and we’ll be reaping the benefit of what is done now for the next number of years,” he says.

The fleadh’s significance as a showcase is not lost on him. With 3,000-5,000 people expected, Kilfinane is set to make a big impression on those who have never before visited.

“There is over 1,000 competitors and each of them will bring mam and dad, so that’s 3,000 people. We also have a festival built around the fleadh, an open air concert on Saturday, family fun day on Sunday, every pub will have music from Wednesday. Even if you’re not coming for the fleadh, there will be a lot to see and do, there will be a feelgood factor,” he says.

“Limerick has to look after Limerick and if all our communities start interlinking, then more things could happen for all of us. We’d be hoping that the people from west Limerick would come over, see what we have to offer. We’ve got to get that message across, that we’re open for visitors, we have some much to offer,” he says, pointing to the successful bike trails, which on their own pull in around 75,000-80,000 visitors a year.

This weekend, however, is more about culture and Kilfinane’s debut fleadh promises a feast of the best traditional music in the county. See Ballyhoura CCE on facebook for details of competitions and events.