Limerick musician Emma Langford on the rise in Europe

Emma Langford details rapid success ahead of her debut LP 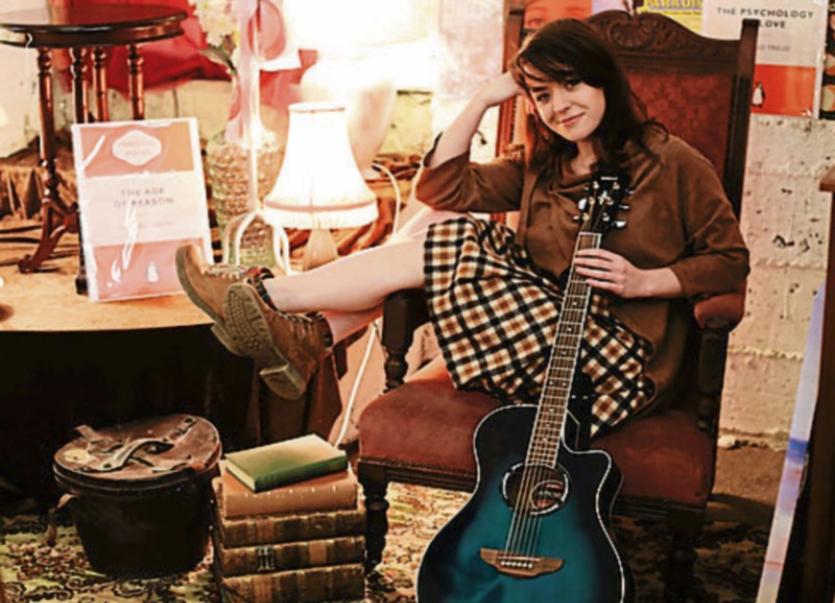 THIS TIME last year, one of Limerick’s most promising musicians, Emma Langford contemplated locking the guitar case and shelving it for good.

Progress appeared to be slow-building, as was her confidence in rising to the challenge of becoming the renowned artist she now is.

And since that phase of ambiguity, the 27-year-old Caherdavin native has released a debut EP; toured the UK; garnered attention on national radio; established a music festival; has become a colourful social media personality; and is now preparing for a European tour for her debut album.

Emma sits in the Clayton bar, rejuvenating herself with an Americano after a quick performance at Steamboat Records, before she has a meeting in Dolan’s, prior to a gig elsewhere. While abnormal for some, this is not the case for the former Limerick Rose contestant, who would occasionally perform thrice in one day.

Within the next week, she has two assignments to complete for her Masters degree at University of Limerick. And while prepping for her thesis, Emma is also saving money for her first album and music video.

“This time last year, I was almost going to give up music. I was going to stop gigging, I didn’t feel like I was up to the challenge. I didn’t feel like I was going where I wanted to go, or as quickly as I wanted to be getting there. And now I am going to be talking on national radio tomorrow [with Bobby Kerr on Newstalk]. I take so much for granted, and this is all so exciting and massive. These are all huge steps in my career. But when it all happens so very quickly, you lose sight of how far you’ve come,” she says, somewhat pensively.

After her interview with Kerr, Phil Coulter came on air to describe Emma as a “breath of fresh air”.

And that has been Emma’s rapid trajectory over the past 11 months — from nearly putting down the guitar, to being extolled by one of Ireland’s greatest musicians.

Great to highlight the great progress of two of Limerick's top musicians, @ELangfordMusic and @paddy_mulcahy in @Limerick_Leader this week pic.twitter.com/ryUrsr0SsT

Emma’s eponymous EP, released last June, is an unblemished production that demonstrates her autonomy and creativity as an artist. While the charm is in her aurally smooth vibrato, the grandeur lies in her vocal fluency. And her signature is, of course, her adept imitation of a trumpet, saxophone and kazoo — all at once.

The polished production of the EP, however, does not pay tribute to her enjoyable live performances. And she is the first to admit that. This is why, she says, the debut album is going to be “much different”.

“It’s all written and ready to go, and I am in the process of finding the people to work on it with.

“I have got the band – the guys I did my gig with in November, and the launch of the EP in June. They are going to be on the album, which is really exciting, because it is a totally different approach to the way I did the EP. I went into the studio, recorded my vocals, played the guitar, Peter [Hanagan] played the bass, and the producer added in everything else on top of that.

“That is a really valid approach to recording, but with this album, I want a much more different sound. I want a much more live sound. And the feedback that I have gotten from people is that the EP is a wonderful, little gem, but it doesn’t pay tribute to what I am really like in gigs. It doesn’t quite reflect what I am like live. And because live performances are really important to me, I really want a product that can sell, and those two things go hand-in-hand,” she explains.

After 10-days of recording the new album in Portlaoise at the end of June, Emma’s next major project is a tour of the release with the Irish Folk Festival, in Germany and Switzerland this October and November.

And even though it is, geographically, new territory for her live performances, she has pockets of fan bases in some parts of Germany, she adds.

“There are a few people in Germany who keep ordering large quantities of my EP, which I am like: ‘Are you selling them? In a shop? What’s going on here?’ And there is one guy who has bought tonnes of my EPs – the original CD I recorded back in 2013 - which was a very rough CD. He has ordered a bunch of those, a bunch of my EPs, a bunch of badges at Christmas time to give to his friends as presents, which is really nice – and unexpected,” a modest Langford tells the Limerick Leader.

But for unsigned artists, like Emma, the costs of releasing an album and a music video can easily go into the high four-figures. But she says that there is a “huge comfort” knowing that her growing fan base can help attain a solid return on her investment — especially after the tour this winter.

Emma announced in December that all proceeds from her digital and physical EP sales would go towards local homeless services, following the tragic death of the young homeless woman, Louise ‘BuBu’ Casey.

And not just a talented musician, Emma facilitated and celebrated rising and renowned female musicians at the inaugural Limerick Lady Festival last June, of which she is the founder. And celebrating female artistry in her academic life, Emma’s thesis for her Masters in Community Music at UL will explore the role of music in forming communities of women, and how it is a tool of empowerment.

“I might look at the suffragette movement and the role music played in making a community. And that ties in with all of my interests, which is really convenient. But it is an extra thing, while planning gigs and planning for the album. And because I am not signed, it adds an extra pressure in doing all my self-promotion, which I enjoy doing but it’s just extra stuff.”

But nearing the end of our chat, I say to her that she seems rather unabashed by these everyday obstacles, to which she quips: “I think I am too tired to be abashed by anything!”

All news, music and tour information can be viewed on Emma Langford’s website, www.emmalangfordmusic.com.