Family and school shows come to the Belltable threatre 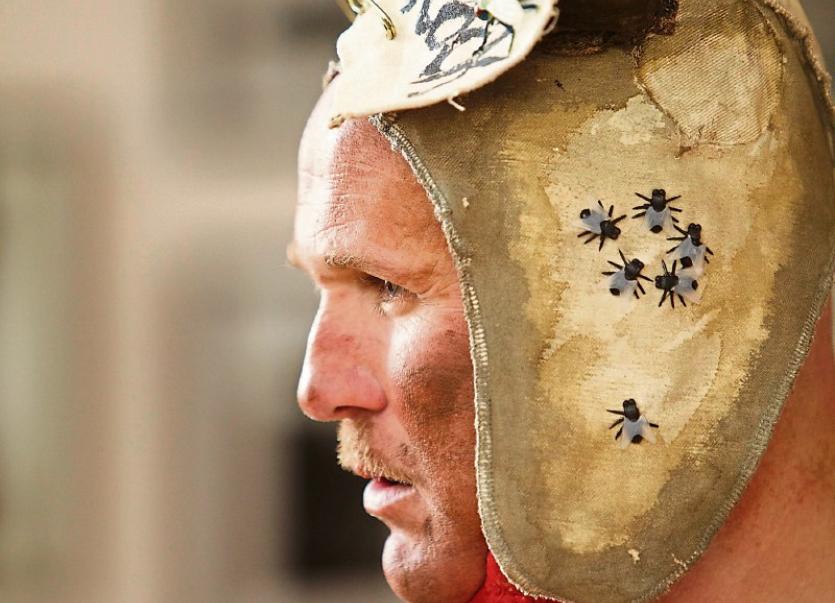 Tim Crouch in I, Malvolio

THEATRE-goers will laugh and will be challenged for doing so, in the comedic Shakespeare-inspired play ‘I, Malvolio’ at the Belltable this week.

The family show will take place at the O’Connell Street venue on Thursday at 7pm, while a schools performance will be showcased on Friday, at 9.30am and 12.30pm.

A relatively minor role in the original Shakespearian play, Crouch explains that the prig character is “treated really badly” throughout the famous play.

He is tricked into thinking that someone is in love with him. And whilst he is at his most vulnerable, he is then ridiculed and abused. And at the end of Twelfth Night, it’s a comedy, so everyone is happy at the end. The couples have all got together, the mistaken identities have been revealed, the people are going to get married. But this poor Malvolio still does not have a happy ending. His line in that play is: ‘I’ll be revenged on the whole pack of you.’ And then he leaves. And that is how the play leaves him, and we never, ever know how Malvolio will take his revenge,” he explains.

He said that the audience does not need to know Twelfth Night to enjoy his play. The performance, which has travelled the world, is about cruelty and “the pleasure that audiences get when watching someone get abused”.

“I invite you to laugh, and you do laugh, and then I attack you for laughing at me. That is the dynamic throughout. And I do give him his revenge.

“It is very funny, but also beneath that laughter, there is a lot to think about. Like, where does your laughter come from? We laugh at someone because we feel superior to them. Someone slips on a banana skin, we laugh because we have not slipped on a banana skin!” he told the Leader.

He said that, depending on the audience, the manner in which he performs alters – and sometimes only slightly. He added that the 10pm show for adults is “almost identical” to the family show.

“I think the audience fully knows that the character is a clown. He looks absurd when you first meet him.”

He said that it is his first time in Limerick, which marks the beginning of his two-and-a-half week tour of the show.