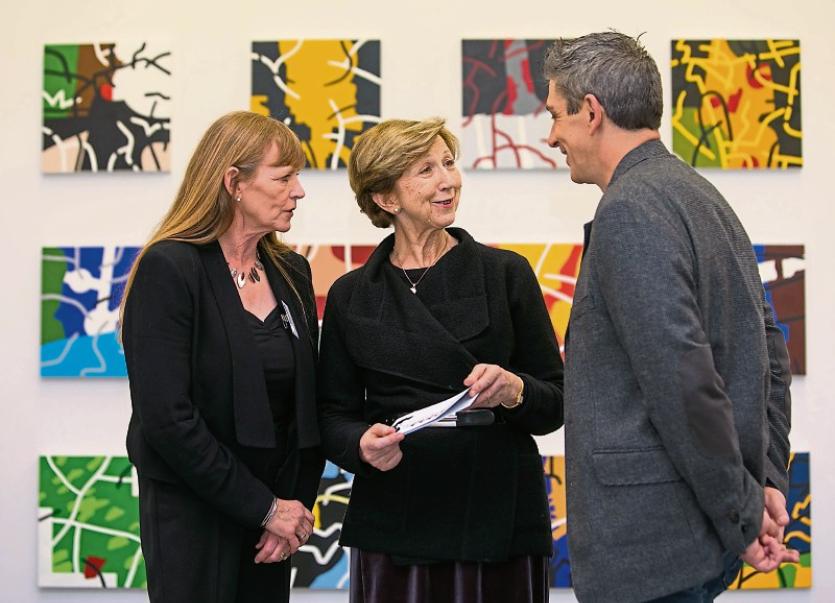 THERE is a common misconception among certain people, myself included, that the Limerick Literary Festival is perhaps elitist and unattractive to the younger population.

This could not be further from the truth. I was lucky to get a weekend pass for the recent four day festival at the end of February, and, let me tell you, I squeezed it dry.

Whilst the festival hasn’t yet attracted a younger audience I think there is huge potential there.

The people I met there were kind, friendly and up for a laugh. We all shared the common interest of wanting to learn something new and to discuss all things bookish.

The festival honours Limerick’s Kate O’Brien for her courageous, witty and raunchy - for their time - stories that have paved the way not only for Irish women writers, but writers in general around the world.

Journalist and broadcaster Olivia O’Leary launched the weekend in Limerick City Gallery of Art. She told some excellent tales of Kate O’Brien which set the tone for the weekend, intermingled with stories of her own upbringing. She was engaging, informative and gave us a great insight into the many commendable women that have helped shape our society.

As we know from Kate’s novel As Music and Splendour, she held a great affinity for music. The cosy Chez le Fab Wine Bar in Arthur’s Quay Park played host to an event in honour of the author's love for music. UL professor and author, Eoin Devereux, blended literature and music to show how the talents of Morrissey and The Smiths can be traced back to the literature of Oscar Wilde and his vivacious, flamboyant character and repertoire.

The festival also annually offers a platform to up and coming musical talent. Past performers have included Claudia Boyle and Sarah Dolan. This year we heard from the bass-baritone Kevin Neville. I can’t claim to boast a classically trained ear but it didn’t take a musical virtuoso to recognise that his performance was filled with an eclectic range of emotions that was always within Kevin’s control.

Saturday was the marathon day with six events back-to- back and I can truly say the knowledge and points of view I was exposed to was immeasurable. Both Doireann Ni Ghriofa and Mary Lawson gave heartwarming and honest accounts of their lives as writers, while Mike McCormack read from his transcendent new award-winning novel Solar Bones.

My highlights of the weekend were Richard Blanco’s moving presentation of his work, The Desert Island 5 Books event and Donal Ryan in conversation with Cecelia Ahern.

Every event captivated me and gave me a deep insight into a wide range of ideas; these speakers had come prepared and were willing to take us on their journey of discovery.

Blanco told of a journey which led to his becoming the fifth inaugural poet at Barack Obama’s second inauguration. He read One Today, the poem he wrote for the occasion, as well as giving us heart-warming tales from his childhood. A self-proclaimed honorary Limerick man, he finished by reading his poem dedicated to and inspired by our ever-changing city.

Everyone loves a good dish on a life-changing book and the brilliantly eloquent broadcaster Liz Nolan and ever-amusing musician Bill Whelan gave us just that. Their task? Pick five of their favourite books, a daunting task by any standard. Powerful extracts were read and their camaraderie and passion put the audience at ease and made for a thoroughly entertaining hour in the Lime Tree Theatre.

The final event of the weekend was the conversation between Donal Ryan and the national treasure that is Cecelia Ahern. Their conversation, also in the Lime Tree, brought to light the humility behind writing.

Though I enjoyed every event I attended, there is definitely scope for this festival to branch out. There is and opportunity to tap into the tourist industry to further celebrate our city on a global scale. Why not sure? We all know that Kate had a great hankering for travel herself!

I was happily surprised to find that these events were nothing like I expected them to be. These were passionate, successful people sharing their own experiences getting by in this world to an equally passionate and receptive audience.

What I love about literary events is that when you go, you see that the people you hold in such high esteem, are really just like you and me. The barrier you set up yourself, without even knowing it, comes crashing down and everybody and anybody can be inspired.

I for one have found an annual weekend to pencil into my calendar.

- Darren, from Limerick, is a student of creative writing at UL