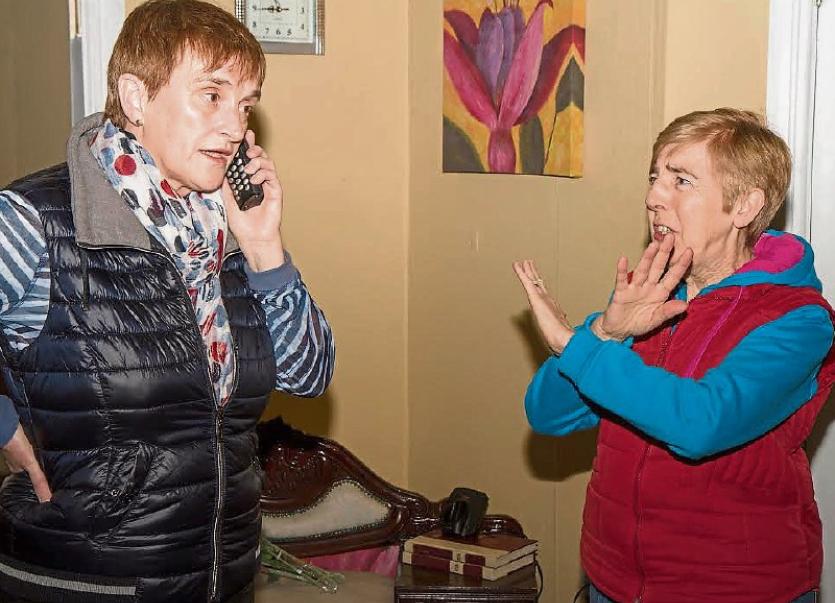 A VERY special theatrical treat is in store for drama lovers when the Ardagh Drama Group takes to the boards next week with The Odd Couple.

And fittingly, the group, which is celebrating its 25th season this year, is doing something a little bit edgy to mark this milestone in its history.

Their performance of The Odd Couple will not feature the Felix and Oscar so familiar to Irish audiences from the film and TV versions. Rather the group will present Florence and Olive as the central characters in their female version of Neil Simon’s comedy.

And to add to the fun, they will have two Spanish toy-boys in an otherwise all-female cast.

“We had a large group of women in the Ardagh Drama Group all mad to go on stage,” director Clare Donnellan explained this week. “We had thought of Calendar Girls but we couldn’t get the rights. Then somebody suggested the female version of The Odd Couple”

With parts for six women, Clare explained, that fitted the bill.

The original Odd Couple, first performed on Broadway in 1965, featured two suddenly single pals, Oscar Madison, a sloppy sports writer and Felix Ungar, a fastidious news writer, whose friendship is strained when they become room-mates and Felix wears out his welcome. Unconsciously they repeat the same mistakes they made in the marriages they just left and the play also featured their poker-playing pals.

“We have adapted it to Ireland and it is set in Limerick, “ Clare explains. And instead of poker games, the conflicts revolve around Friday night girls’ night in and Trivial Pursuit.

Maggie Enright is Florence Ungar while Catherine Woods is Olive Madison and they are supported by Kay Davy, Annette Barrett, Noreen Murphy and the group’s newest member, Marie O’Donnell. Willie Upton and John O’Connell are the diversionary the Spanish toy-boys

“We have had great fun rehearsing,” Clare says. “It is going well for us.”

And her hope is that sense of fun and of place will translate well to Limerick audiences.

The Odd Couple opens next Thursday night for a six-night run in the Feohanagh Castlemahon Community Hall.

“This is our first time opening in Castlemahon, and we are hugely grateful to the Castlemahon Players who have lent us their set which we are adapting,” Clare explains.

Proceeds from the first night’s performance will go to the Special Olympics committee and another performance on February 23 will be a benefit for a local family.