Le Crunch seeks the pick of the musical bunch 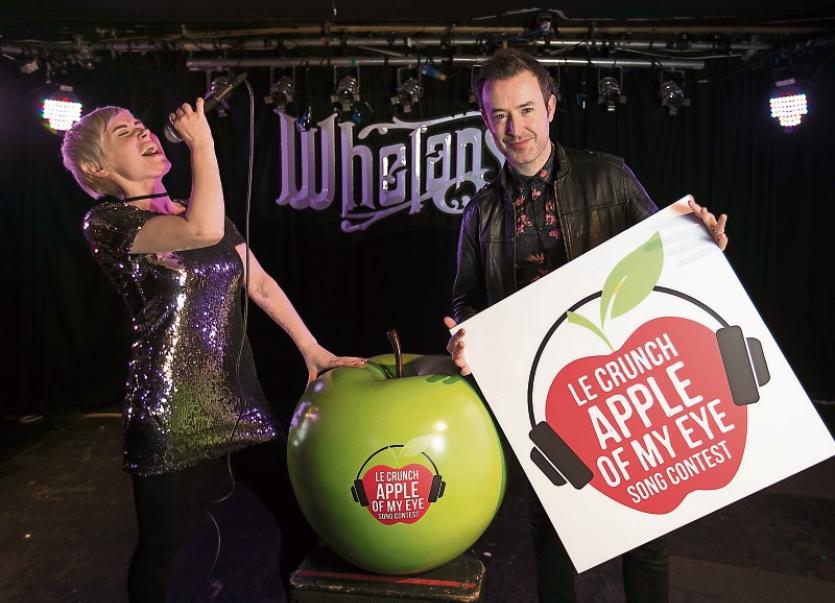 A nationwide search has begun for Ireland’s rising music stars, with a call gone out to Limerick's budding musicians.

The 2017 Le Crunch Apple of my Eye song contest has begun. The competition aims to showcase the unknown talent of the nation by requesting participants to submit a cover of their choosing.

Last year's winner, Brave Giant performed their rendition of Bob Marley’s ‘Is this Digital Love’ having being viewed over 88,000 times on Youtube. And previous participants include Cork singer Stephaine Rainey. Galway band The Amazing Apple, shortlisted in 2013, released a critically acclaimed album and went on to support Mundy and Walking on Cars.

On March 23, five chosen finalists will perform in Whelans and compete for a cash prize of €1,500. Entrants must record a performance of their favourite cover and upload it to Youtube, Facebook or Twitter with the hashtag #LeCrunchSongs. The four runners up in the contest will receive a prize of €250 each.

Marketing Director Sandrine Gaborieau, of Le Crunch said: “We’ve been thrilled with the quality and amount of entries that the competition has received in previous years and it has been a privilege to help discover such new and exciting talent. We’re once again looking forward to hearing another superb batch of songs.”

Closing date for entrants will be Febuary 2. The five finalists will be chosen by judges and public vote.