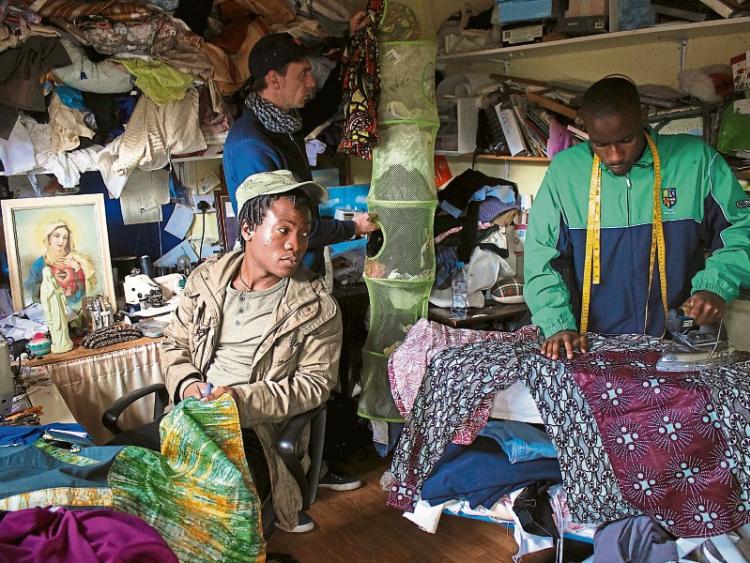 LIMERICK based trio Rusagano Family have been nominated for Irish album of the year for 2016.

The hip-hop trio have been shortlisted for the RTÉ Choice Music Prize for the self-released Let The Dead Bury The Dead.

Also nominated are All Tvvins, Bantum, Wallis Bird, The Divine Comedy, Lisa Hannigan, Katie Kim, James Vincent McMorrow, Overhead, The Albatross and We Cut Corners. The winner will be announced at a live event in Dublin’s Vicar Street on March 9.

Rusangano’s nomination, while expected, is thoroughly deserved for an electric and powerful album, one that was bursting with samples from the inner reaches of producer MynameisjOhn’s mind and driven by the insightful, socially engaged lyrics of vocalists God Knows Jonas and MuRLI.

It is perhaps the most vital album of the last twelve months, drawing heavily on themes of immigration and the places and sounds that have influenced each of them in turn,

MynameisjOhn – alter ego of Clare man John Lillis, who plies his trade in Limerick – Zimbabwean born, Shannon raised, Limerick identifying rapper God Knows Jonas and vocalist MuRLI – based in Limerick, but of Togolese descent – formed Rusangano Family in 2015, but have been collaborating for a number of years.

John Lillis – aka MynameisjOhn – told the Leader that the trio was “surprised, for sure, but I would be lying if I said we didn’t have it in our sights, we did.

“It was something we would love. I think there was a very important message in the album that we made, it was very sincere from where we were coming from, and I think 2016 was a mad year and it wasn’t like we were trying to...it wasn’t necessarily like we had our finger on the pulse, it was just that we we were trying to talk about issues that were honest to us at that time.

“For us, it is great, it gives a nod that the music being made here – I don’t know if you want to put a hip-hop tag on it or whatever – but, it is like, hey, this is actually standing on its own.”

The 12th annual Choice - backed for the first time by RTE this year - "celebrate and acknowledge the best in Irish recorded music". It has become one of the highlights of the calendar since its inception in 2005 and is awarded to the Irish Album of the Year, as chosen from a shortlist of ten releases by a panel of twelve Irish music media professionals and industry experts.

The winning act will receive €10,000, a prize fund which has been provided by IMRO and IRMA.

John said the cheque coming with the prize would allow for trio to "get a new microphone, make a new album, we might get a new pair of shoes".

"It would allow us to keep doing what we are doing for a little while longer, it allows us to make another album, to - and this is something that people don’t realise, all the money we make, we put it back into what we are doing, because we want it to sound better, we want better equipment, but it is a labour of love," he added.

All three boast strong connections to Music Generation Limerick and have been powerful advocates for Limerick. Rusangano Family might yet break Limerick's duck and win the Choice, seen as the Irish answer to the Mercury Music Prize.

John says: "For us, there is no way that we can say thank you to Limerick - and is being as honest as you possibly can about it.

"Limerick really just grabbed onto it and said, you know what, ‘we believe that it is true and honest and we are happy to have you on a platform within Limerick. And we are very lucky with that, because there is just a great community of musicians around Limerick - everyone is very supportive."