The Saw Doctors to play a show at Limerick's Big Top 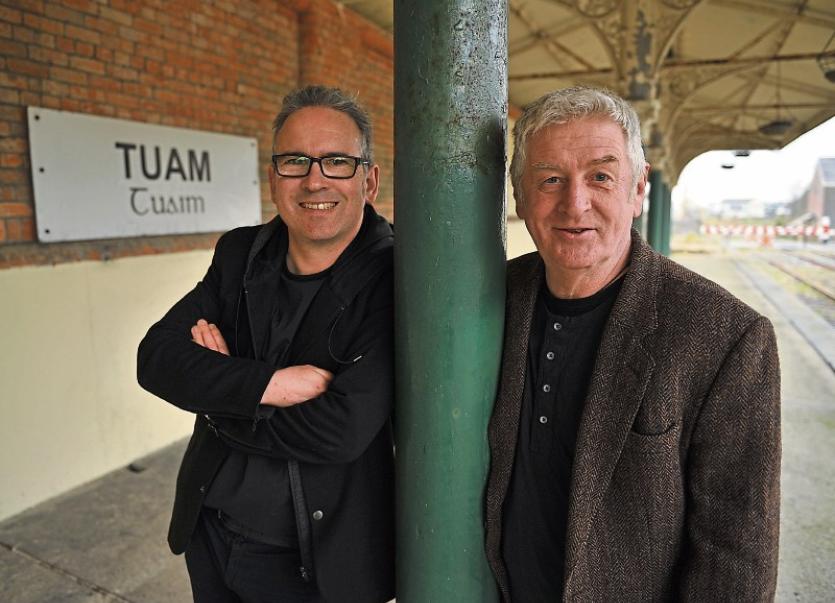 Leo Moran and Davy Carton of the Saw Doctors who are going back on the road Picture: Ray Ryan

AFTER a break from live shows for almost three years, the Saw Doctors are heading back on the road and will play a Live at the Big Top in 2017.

The venerable Irish rockers will play the Milk Market on Friday, May 12, bookers Dolan’s have confirmed, with tickets to go on sale this Wednesday at 9am, priced at €25.

After a hiatus, the Saw Doctors begun rehearsals for a series of comeback concerts next year, with an album also slated for release.

Dolan’s announced recently that Aslan will also return to Limerick for a show next year at the Big Top, on Saturday, March 18.

Aslan are currently on an Irish tour that includes two sold out shows at Vicar Street and front man Christy Dignam said the band are excited to play the Milk Market for the first time.

“Aslan have been playing in Dolan’s Warehouse for years and we are looking forward to seeing all our friends from there at our gig in the Big Top,” he said.

Reformed rockers The Blizzards make a much anticipated return to Limerick for a Big Top show this week.

The Mullingar five piece play a first gig in the city for seven years with the Milk Market show this Friday night. The band – Niall Breslin, Anthony Doran, Declan Murphy, Justin Ryan and Aidan Lynch – have already released singles Drop Down The Anchor and Perfect On Paper and have an album in the works.

They have always been hugely popular in Limerick and are guaranteed to rock the Big Top. Up and coming songwriter Paddy Dennehy plays a high profile support on the night (doors 7pm, tickets €22). A handful of tickets remain on sale.