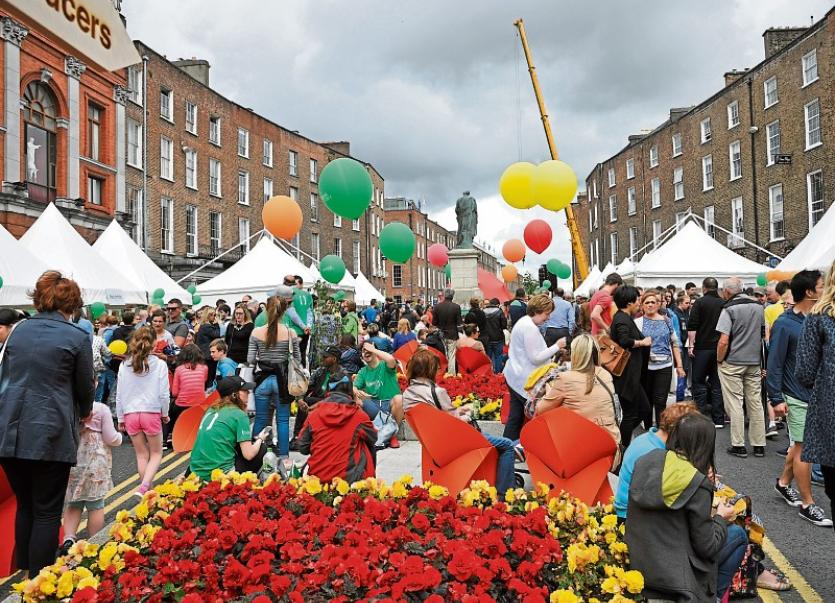 A colourful image taken at the Crescent in June, when the judges for the European Capital of Culture were in the city Picture: John Grimes

A SELECTION of some of the most picturesque scenes from across Limerick have been captured in a new charity calendar.

The Limerick and District Photographic Society has once again released a calendar showcasing some of the best pictures its members have taken across the last year.

The 2017 calendar – which is being sold at Gleeson’s Spar in Catherine Street, the EBS Bank at the Crescent Shopping Centre and DJ Whitty’s Mace in Caherdavin – has a festival theme this time.

Images have been captured of the St Patrick’s Day parade, the Special Olympics Parade, plus the spectacular fireworks which brought Riverfest 2016 to a close back in May.

A different charity benefits each year from the proceeds, with members this year picking Foynes Search and Rescue to receive the money.

The Limerick and District Photographic Society meets on the last two Wednesdays of the month in the Millennium Hall, near the Raheen Church. New members are always welcome.