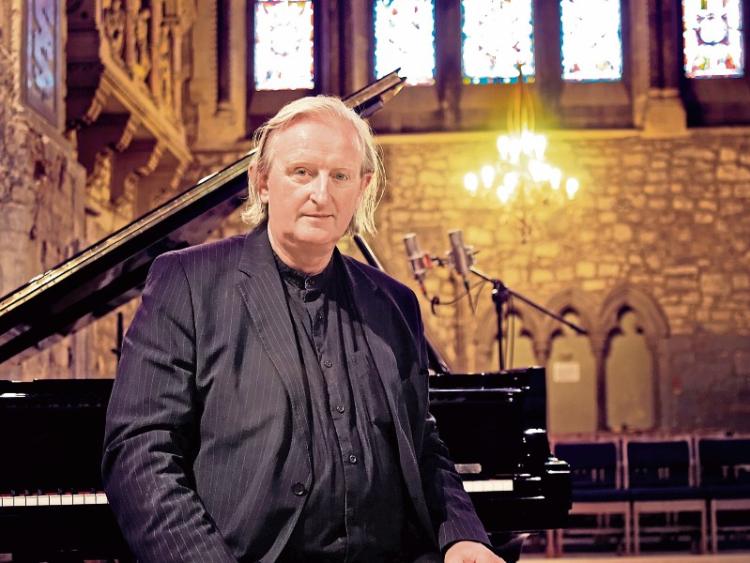 RENOWNED Irish pianist and composer Mícheál Ó Súilleabháin fills with pride when discussing the Irish World Academy of Music and Dance he founded over 20 years ago in UL.

Speaking of the students who attend the courses on offer – some 350 at any one time, with 40 PhDs – and the staff who work there – 25 or 26 full time and upwards of 100 in total, including part timers – UL's inaugural Chair of Music points to the “life changing experiences” they attest to having had there.

It is clear that for Ó Súilleabháin, officially retiring now after 22 years leading the Academy, his own experience has also been life changing. The composer, originally from Clonmel but who lives on the Murroe road to Newport, was poached by then president Ed Walsh for the position in 1994. Cork’s loss was Limerick’s gain.

“I have had two careers, more or less 20 years in Cork and 20 or so in Limerick and it is not very often you get the chance to go at something again,” he laughs.

“When I did come to Limerick, I found an amazingly fertile atmosphere, a university very good at fundraising, a very bright and snappy young university, ready for new ideas, ready to prove itself and compete at international level.

“It was a young university of course, hungry for new ideas and that was a big advantage and the idea (of a chair of music) was accepted as something central, so that was great.”

In 2011, the Academy opened a purpose built, state of the art €20m building, with Ó Súilleabháin playing a key role. UL president Professor Don Barry says he has been “a dynamic, creative force at UL”, whose “unique cultural vision has drawn talented students and staff from all over the world”.

With the building intact and legacy ensured, Ó Súilleabháin, as founding director, has spent some time – four years – stepping back from the Academy, safe in the knowledge that the structures exist for a safe handover, with his friend and long time colleague Mel Mercier taking the reins.

As a pianist and composer, Ó Súilleabháin is famed as having developed a a unique Irish piano style that fuses other, more global, music forms. Much like his stewardship of the Academy, which boasts graduates from over 50 countries.

“Not everybody actually realises that, but it is a global centre that is in Ireland, for the world and that is the way to think about it. We have always thought, from the very word go, of a global context in terms of reaching potential students,” he says.

“Even where our building is, you come off the living bridge and it is right there beside the river – it has a centrality and a visibility which lifts it up and hopefully lifts up the university, Limerick city and whole area.

”In my own music, from very early on in my early 20s, once I realised that I was kind of stuck with the piano, that was my instrument, in a way I used it to allow – almost like a cultural crossroads – lots of different voices to meet and to interact with each other.

“My own musical personality or whatever drives me on a creative level, has overspilled, pretty deeply, into my educational work. There is a big connection between the two, without myself being absolutely conscious of what that connection is.”

His retirement will be marked with a gala concert celebrating his music, featuring the RTÉ Concert Orchestra, conducted by David Brophy, plus family and friends. It is called Elver Gleams, a nod to his 2010 album of the same name. It is not, he laughs, a “this is your life type of a night”.

“The whole night is my own stuff, and I will be performing in most of it, but there are certain pieces that I have written myself out of,” he says.

“There is a wide range of music; some of the shorter, entertaining, better known pieces and there are a couple of challenging pieces. My two sons Owen and Moley are coming back and they are great songwriters, so I have scored two of their songs to end the night and that has been great fun. And we have an academy gospel choir, 50 singers, led by Kathleen Turner, that is quite a bang, I can tell you.

“This concert with the orchestra is typical of, in a way, this new era for me, where my biggest joy is actually working in an orchestral context.”

On the road - the @rte_co just left for Cork to film a Christmas broadcast, then on to Limerick for Mícheál Ó Súilleabháin concert tomorrow pic.twitter.com/kppIleIH0L

For Mícheál, the involvement of his sons transforms the concert into a uniquely personal night, another life changing moment, perhaps.

Yet what of the future?

“It is a bit like changing jobs to some degree, in the sense that I spend my time now on music and musical matters and organising stuff around that,” he laughs.

“I have the time to follow through on ideas, I am going back on stuff that I have written over the last ten years that need polishing. I can take it down and disassemble it and reassemble it. There is no shortage of things to do.”

- Elver Gleams takes place in the UCH on Tuesday, November 22 at 8pm. See www.uch.ie for bookings.