'Joining the dots' on a unique festival for Limerick 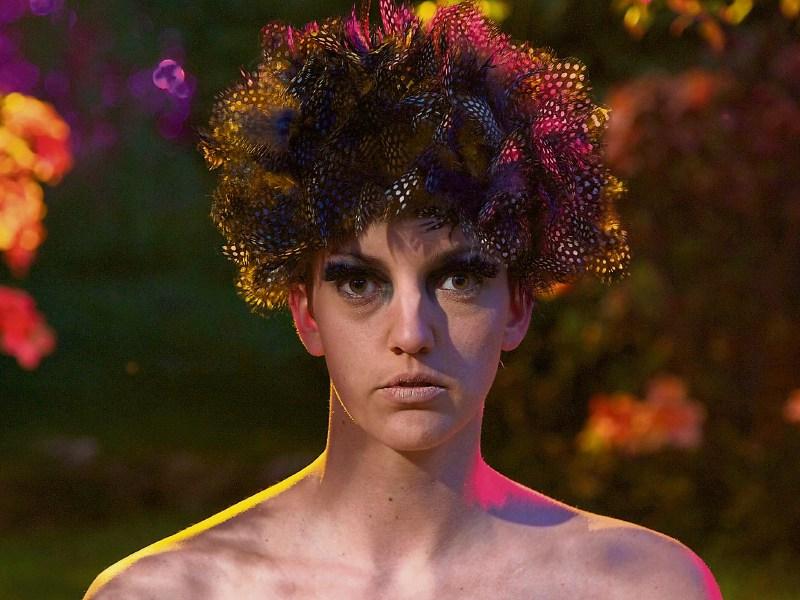 THE doors of Dance Limerick were barely open when the curators of a unique new festival approached the organisation with the idea for an event.

Jenny Traynor, director of Dance Limerick – which emerged from the ashes of the Daghdha Dance Company – instantly warmed to the idea put to her by Mary Wycherley and Jürgen Simpson for a festival focusing on screendance.

Light Moves was born, first as part of City of Culture in 2014 and now returning for a third outing this November. Traynor says it was exactly what the resource organisation, which was set up to encourage collaborations, was looking for.

“The idea for the festival came from Mary and Jürgen – but they contacted me, I think I was only in Limerick about five minutes,” laughs Jenny.

“I came in May 2013 and I think I got the call in June, and it was a lead up at the time to City of Culture. I was just setting up Dance Limerick, we were due to launch in October, so I got this very welcome phone call and of course, I embraced the idea. That is what Dance Limerick is there for; some of the programmes I would initiate and some of them are responses to other artists who approach us. We are very much developmental in that respect and a centre for people to come to.”

Wycherley, a dance artist in her own right who teaches screendance in UL, says she is “surprised and totally delighted” that the festival is back for a third year.

“When you enter these ventures, you can never predict really – it is not like we were sitting there thinking ‘let’s do this festival that will have a very long life,” she smiles.

“I guess our aim was to put down a strong foundation from the get go, and from that build something. It was always the intention to lay something strong from the beginning and then it is just wonderful that it has grown, in unexpected ways. Which is totally a joy.”

Light Moves is Ireland’s international festival of dance on film and as such, is unique to the country. Wycherley has clearly been asked the question of what screendance is, many, many times.

“I love this question! I think screendance is film that is really looking at movement in a very wide context,” she explains.

“Of course you see dance – contemporary dance or a hip hop films or traditional Irish dance films, which we had last year, not this year – as a language on the screen, basically. But it is not always dance, and this is what Light Moves is really interested in.”

“It may not be people moving, it could be the camera,” adds Traynor.

The festival has sprung up in Limerick particularly because contemporary dance is so strong here, a legacy of Daghdha and Mary Nunan establishing an MA programme in UL, which regularly retains the international students that study on it. The pillars of the institutions – Dance Limerick, UL, Simpson’s Digital Media and Arts Research Centre (DMARC) also –  have all aided in giving rise to Light Moves.

“It felt like there was this infrastructure already there, so it was just a matter of joining the dots and bringing it together,” says Mary.

“The international response we couldn’t predict, the response of the audience that came, internationally, really was very encouraging, after the first year, to really keep going. Because they were identifying that it is unique and they hadn’t seen it on their circuits internationally.

“A lot of feedback from some of the participants who came, why they really enjoyed being at the festival, was because of the intimacy of it, in relation to the size of the city.

“I think that is something that really attracts people, because you can immediately arrive in, and in three of four days, have an immediate community and connection with the city because of its scale.”

Jenny adds: “The practical thing about the scale, and I know myself from going to conferences and events in large, international cities and the negotiation to get from one venue to another, just doesn’t exist in Limerick and we are very fortunate.”

The festival has teamed up this year with the Belltable to host screenings and the Limerick City Gallery of Art to host a number of installations, which the team is excited about. Returning is Carriageworks, a large interdisciplinary arts space in Sydney that was also part of the festival last year.

“We have always had an interest with working in an installation context for dance film. Which is a kind of a unique element for dance film festivals, even internationally, because logistically it is much harder to work with installations than screening film,” says Mary.

Both insist the festival is ‘accessible’ to all and with short film screenings, 12 installations, 20 speakers, a symposium and screenings for kids, there is plenty for all. Traynor highlights the shorts, 32 in total.

“I think the shorts are really interesting – I think there six of them, all an hour long, but each film is between 2 and 12 mins, so that is a really nice way to dip your toe in and say ‘this can be dance film’,” says Jenny.

Light Moves, Ireland's festival of dance on film, is back for its third year, with a programme that showcases beautiful, thought-provoking and cutting-edge new work in Dance Limerick, the Belltable and Limerick City Gallery of Art. It runs from November 3 – 6.

It includes Irish and world premieres, performances, installations, workshops, labs and talks from leading artists and thinkers from across the world, with a special focus on work from Ireland, a participatory project for older people and screenings for audiences aged four plus.

Light Moves Festival passes and tickets are available from: www.lightmoves.ie or Dance Limerick. For screenings at the Belltable, see www.limetreetheatre.ie.