Hermitage Green to perform with a music legend in Jimmy Webb 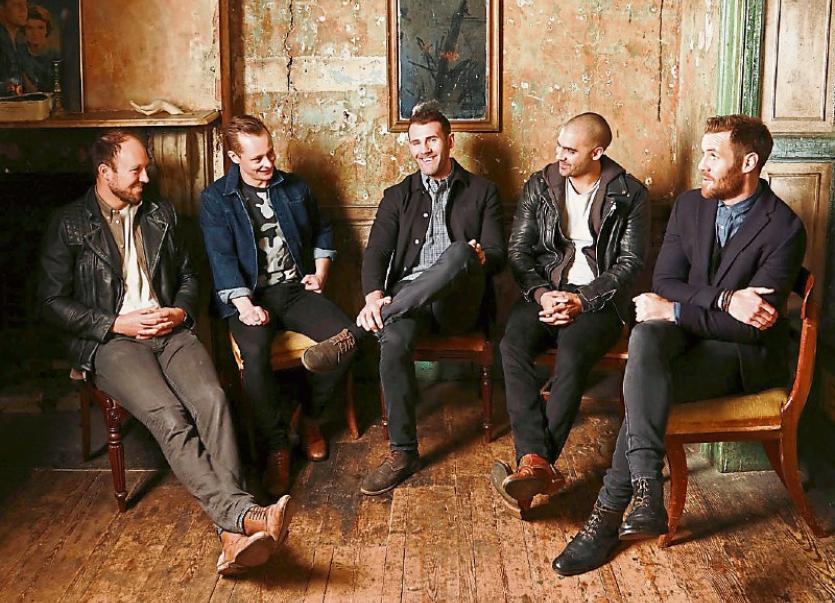 Hermitage Green, who are set to perform with music legend Jimmy Webb at the Lime Tree on Saturday night, a week after the release of their Live At The Curragower EP

Speaking to the Leader ahead of the performance, the band's lead singer Barry Murphy said that it was a "great honour" and a "one-in-a-million chance" for the band to be performing on stage with Mr Webb.

"It's unbelievable really that we got asked to come and play with a guy like Jimmy. It's brilliant," he said.

"We haven't done many supports in our career so far, so we are delighted. This opportunity doesn't come around very often."

Murphy then revealed that the band will be doing a "very stripped-back acapella gig" whilst on stage accompanying the renowned American-born songwriter.

"Jimmy will be playing the piano, so we are going to set up with four vocals, a couple of guitars and a little bit of percussion. It will be very stripped-back."

"If there is an opportunity to go up and do a song with Jimmy afterwards, then that would be what we’d be hoping for really. It would be a great honour for us to be on stage singing one of his songs with him,” admitted Barry.

Tickets for Saturday night's performance, which is all part of the Richard Harris International Film Festival taking place from October 27 to October 31, will be priced at €25.

Saturday night's support-act appearance comes just over a week since the folk group's release of their special five-track EP, Live at The Curragower, which has since been available to download on iTunes and Spotify.

With album releases, once-in-a-lifetime gigs, as well as touring around the globe in 2016, the Limerick-proud group are taking it all in their stride.

Graft, dedication, persistence and a little bit of luck have landed the humble Limerick lads right where they want to be in the music industry after a soul-searching six years since forming in July of 2010.

Having released their debut studio album Save Your Soul back in March, which plummeted to number three in the Irish album charts, the grounded group have also recently been confirmed to play at Dublin's Olympia Theatre on November 4. Something Barry describes as "a really big point" in the band's career.

"I cannot wait,” Barry smiles when asked about the upcoming Dublin gig. "It's our favourite venue to go and watch gigs. So, to be playing there is a serious deal.”

"We have a bit of new material to play at the gig, so we're just going to try to blow the roof off the place.”

"It's going to be a busy six months for us, touring, recording and releasing", reveals Barry, who was forced to retire prematurely from his rugby career with Munster in 2011, due to a series of serious knee injuries.

"In 2017 we're touring Canada, Holland, Denmark, the UK, and then back here to Ireland for a summer tour.”