The Blizzards to play a show at Limerick's Big Top 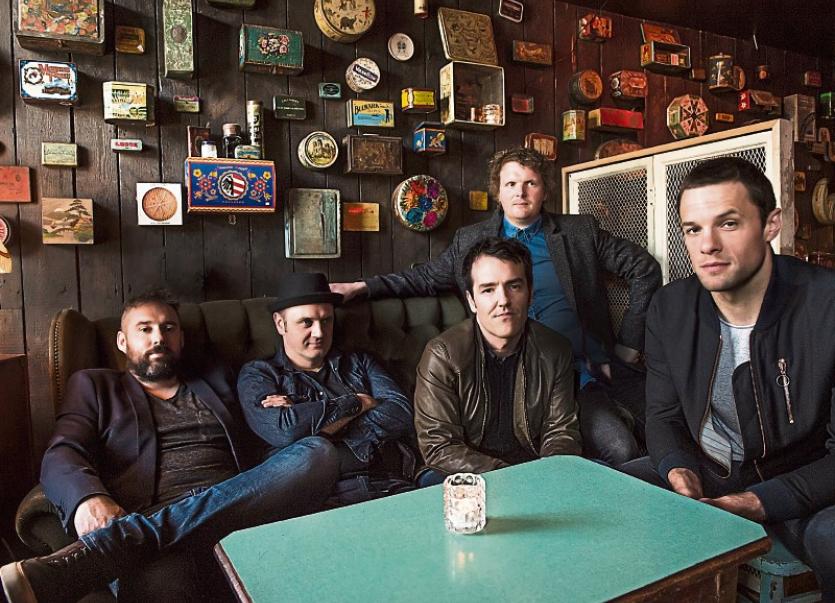 REFORMED rockers The Blizzards will make their first appearance in Limerick for seven years with a show in the Big Top.

The Mullingar five piece, reunited after a six year hiatus, will play the Milk Market venue on Friday, December 16. Tickets go on sale this Friday at 9am.

The band – Niall Breslin, Anthony Doran, Declan Murphy, Justin Ryan and Aidan Lynch – have already released singles Drop Down The Anchor and Perfect On Paper and have an album in the works, following a big summer that saw them play the UK and shows in Ireland including Electric Picnic and Indiependence.

The Blizzards were always hugely popular in Limerick, graduating from shows in Dolan’s - bookers of the Big Top venue - to some of the biggest stages and always paid tribute to the venue for believing in them from an early age.

Before the Voice of Ireland and Niall Breslin’s – Bressie’s –  solo and producing career, The Blizzards gained a loyal base of fans due to their combination of catchy pop and contagious beats and played stages at Slane, Oxegen, Independence and The Olympia.

After starting out in 2004, their releases include seven charted singles and two albums – their debut A Public Display of Affection, which was released in October 2006 and achieved double platinum status in Ireland.

The Milk Market will play host to Bell X1 on the October Bank Holiday weekend. The top Irish band, who are due to release new studio album Arms later this year, will play the Big Top on Friday, October 28, with tickets already on sale.

The trio – Paul Noonan, Dave Geraghty and Dominic Phillips – played a superb acoustic show in the Lime Tree in October last year and promised to return for a full live outdoor show. They last played the Big Top in September 2013.

The trio recently released new single The Upswing and speaking to the Limerick Leader recently about the new album, multi-instrumentalist Geraghty said Arms, the follow up to 2013’s much acclaimed Chop Chop, which was their third Number 1, would “break the mould or the formula (we) have used before”.