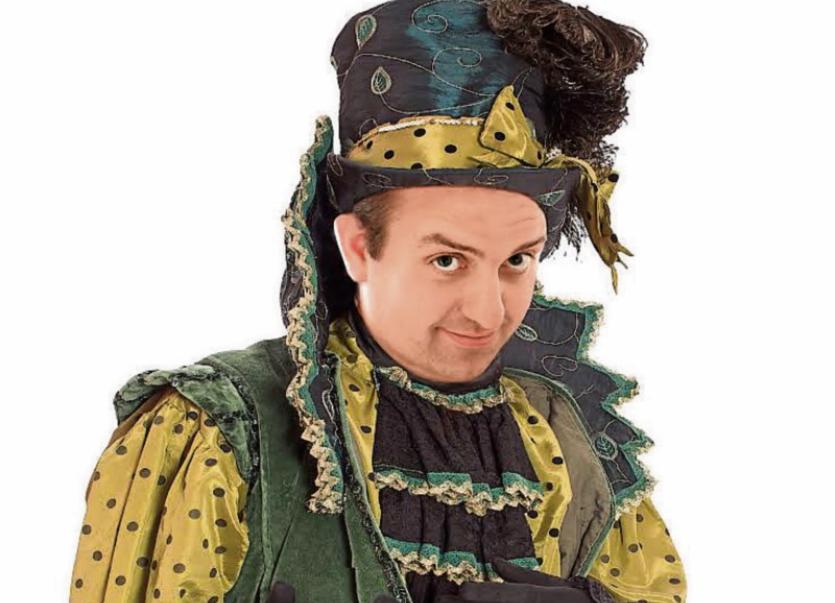 LIMERICK comedian Karl Spain, who has just completed RTE’s Celebrity Operation Transformation, now has another reason to shed the pounds as he has been cast in Beauty and the Beast.

The renowned comedian will play a gate keeper in the Spar Christmas panto Beauty and the Beast at the University Concert Hall.

The Corbally comedian said he was “really looking forward” to this exciting new departure on stage.

“The pantos look like so much fun so I’m really looking forward to this. I know that I’m going to have so much fun. I know a good amount of the cast already and they’ve told me what great fun it is and how much they enjoy it. I can’t wait,” he said.

“I was asked to do it and I was delighted to be asked. It’s something I’m really looking forward to. I just can’t wait for Christmas now! I’m not usually a big fan of Christmas but this year I think I’ll make the exception.”

The funny man also said that he is “very excited” to play the gatekeeper, although it is not quite the role he expected.

”I was kind of hoping I’d be the beauty and fearing that I’d be the beast. Seeing me in some fancy costumes will give everyone an extra reason to laugh,” he joked.

Karl expects to start rehearsing for the panto in late November or early December, adding that he hopes his costume will be looser at the end of it. The 44-year-old lost an impressive one and a half stone during his celebrity operation transformation journey, and hopes to keep up his new and healthier lifesyle.

“I’m going to continue on with the food plan and exercise plan. I lost a stone and a half over four weeks. I’m delighted because it’s been over a decade since I was this weight.

“I was very good and I’m still being good. I haven’t even rewarded myself yet for finishing the show.

“I don’t have an end point. As long as I still have weight to lose I’ll keep it up. It’s a new way of living. It should be more of a lifestyle trait than a good habit,” he explained.

The most challenging part, he said, was pushing himself to start the weight loss journey.

“The start of it was the most challenging part and just making that decision to not eat anymore rubbish and just putting myself into that place.

“It was a lot of pressure but I’m very happy with how it went. I didn’t lose the most weight on the show but it wasn’t a competition, it was only me having to get active and learn new skills and tactics about how to get on better in my life and feel better about myself, and that’s exactly what I did,” he said.

The meal plan, Karl explained, was really easy to follow.

“The meals were actually really easy to cook and I’d recommend them even to someone who isn’t dieting because they’re healthy things to eat and they’re quite light as well and good for you.

“The food was enjoyable and it makes you feel good after eating. There was a good variety of meals and going forward, I’ll probably revisit most of them again.”

The main thing he learned on the show is how important it is to balance healthy eating and exercise.

“The thing I learned is that the food is about 80% of it. It’s all about what you eat and exercising regularly as well,” he explained.

The comedian has every intention of continuing to lead a healthy and balanced lifestlye.

“I’m going to continue the lifestyle and not give it up. I’m going to be the best pupil now. I just want to look fit and healthy. I still have a few stone to go. Hopefully soon I’ll reach two stone lost.

Mr Spain’s diet and exercise plan can still be followed online at www.ot.rte.ie.

Beauty and the Beast panto will take place from December 19 to January 8 in the University Concert Hall with tickets starting from €15. See www.uch.ie for more details.