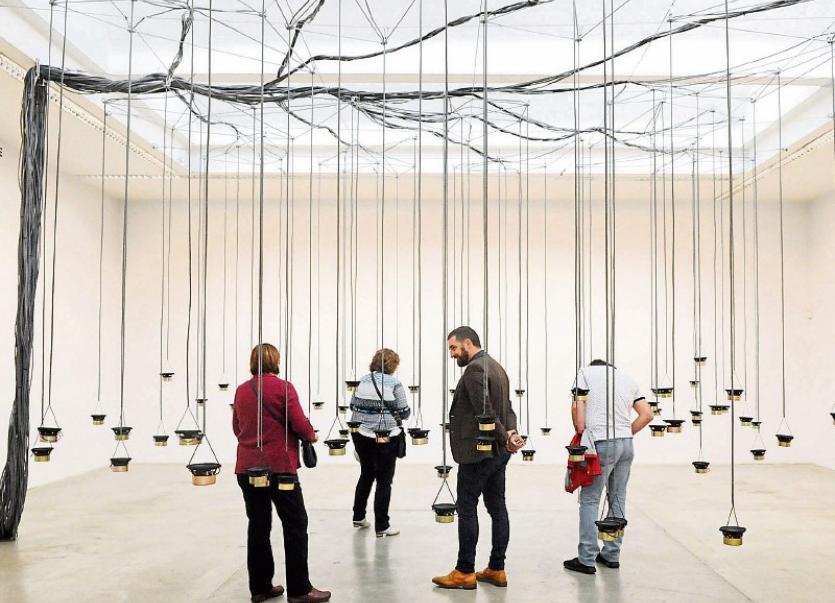 A NEW exhibition at Limerick City Gallery of Art is offering “a unique perspective on Limerick life”.

Cumann, by Michael McLoughlin, is an audio map of Limerick and the results of many months of work by the artist.

The exhibition, which recorded conversations and connections between people in the city, representing Limerick society in its broadest sense, opened last Thursday alongside one by Paul Murnaghan called All mountains are moving. Both run until October 30.

Central to McLoughlin’s work is a sound work creating a forest of suspended speakers that map and recreate stories and conversations by groups of people from all over the city.

LCGA director-curator Una McCarthy said it was a “people centred project and exhibition that celebrates the relationships, friendships, ideas and ideals shared between social, political, sporting and cultural groups in Limerick”.

“Michael has been working closely with a range of organisations over the last three months to create an immersive sound installation which creates a forest of suspended speakers that accurately map and recreate conversations with group members.

“The word Cumann is often associated with politics or the GAA. The word translates as society, club, community and friendship. Cumann reflects the idea of togetherness that this body of work aims to represent.

“We have an exciting range of current exhibitions and future ones in the pipeline.  Entry to Limerick City Gallery of Art is free, so I would encourage everyone to take a look around and explore for yourselves,” she said.

In addition to the Cumann exhibition, the groups involved have also been invited to select work from LCGA’s Permanent Collection for an exhibition entitled Muintir.

Curated by Shinnors Scholar, Simon Corcoran, this exhibition gives a valuable and deeply personal perspective on works from the permanent collection. Works by major Irish and Limerick artists are included.