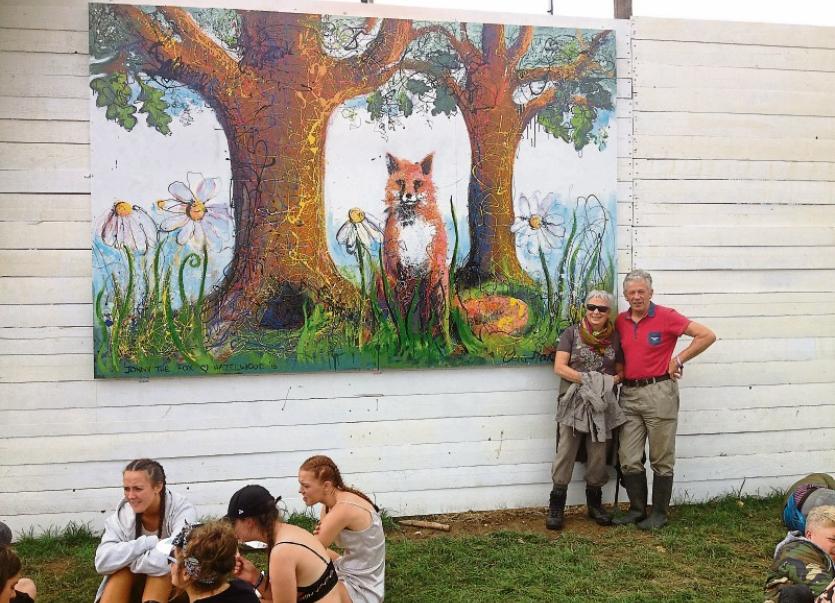 Proud parents Barbara and Leslie Hartigan admire their daughter’s artwork. Below, the lengths Clare had to go to to make the giant pieces

AMID ALL the talk about a wall between the USA and Mexico a Limerick artist built something much more harmonious at Electric Picnic.

There has been huge positive feedback following the end of the festival for Castleconnell artist Clare Hartigan’s handiwork displayed at the main stage. It gave her an audience of tens of thousands.

“It all started three years ago when I made a piece for a friend of mine, Martin Hickey at Electric Picnic. The following year I decided I would apply and enlisted the help of two artist friends from Limerick - Martin Finnan and Michelle Pando Kelly.

“The plan was that we would go up and paint the surrounds of the main stage seating area. As with many great plans and especially picnic plans everything changed last minute. We were given four large boards and asked to paint them instead - one each and one that was to be a collaboration. Production at Electric Picnic were so impressed with what we did that they asked us to come back up a second time a week later and add two more paintings to their collection,” said Clare.

Pearse Doherty, site manager, suggested they be hung altogether at the main stage

“What an honour and that is where the wall was born,” said Clare.

Electric picnic curator Sorcha O'Reilly was very happy with the energy and excitement and the paintings that they created. Communication was kept up and Clare was invited back this year.

“Electric picnic decided to run DIVA [Diverse Individual Visual Artist] as an artist in residence programme that gave artists a chance to exhibit to such a massive audience. DIVA was a concept that was originally born in Kilmallock during city of culture when artists were very upset and had trouble finding space to show and be a part of their city,” said Clare.

For the picnic she enlisted the help of Limerick friends Donal Hickey, Orla Fahy, Sharon leGear and Gary Murphy to support and help with the project.

“I had been working on a series of images that were based upon a fox. Some of this work is due to be shown in an exhibition called Windows to the Soul which will be held in Kilmallock at Friars gate theatre this October,” she said. 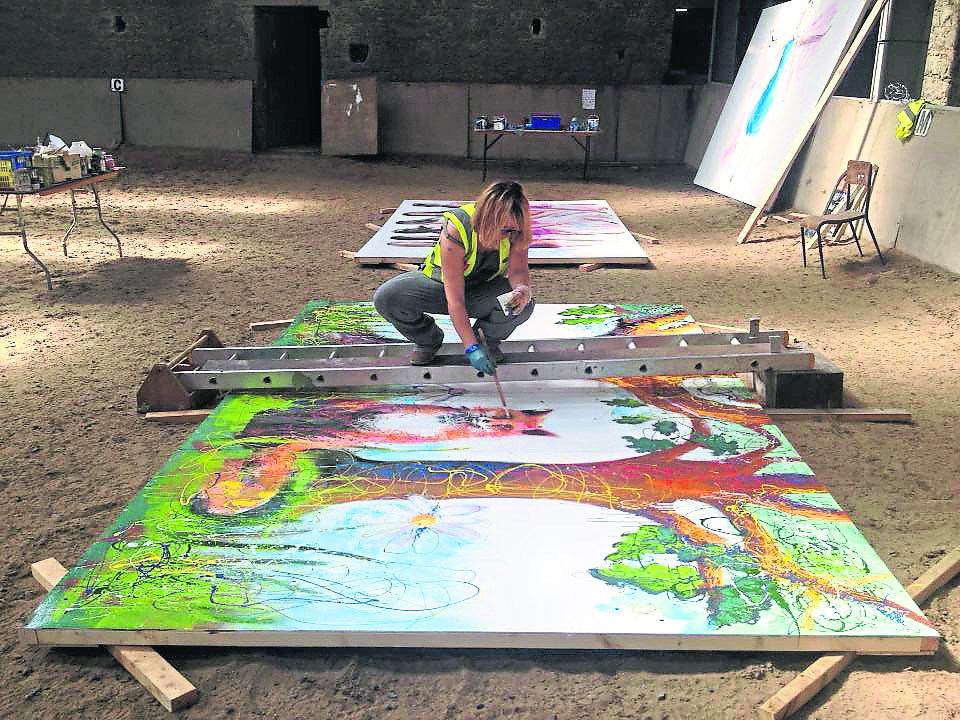 A fox sitting under a Stradbally tree was one of the paintings that really captured the public’s imagination.

“The festival opened and the reaction was astonishing. I floated around for the weekend like the cat that got the cream. The highlight for me was showing my mum and dad [Barbara and Leslie] around Electric Picnic.

"We wandered in and out of all the tents run by Limerick artists and creatives. Declan Hogan, father and son Gary and Gary Sciascia, Paul Boland, Darragh Flynn, Dawn Bennett and Ashley Dickinson to name just a few and finally walking up to my own wall and seeing the pride on their faces as they took it all in,” smiled Clare.