Get 'hup' to Kilfinane for trad session on Culture Night 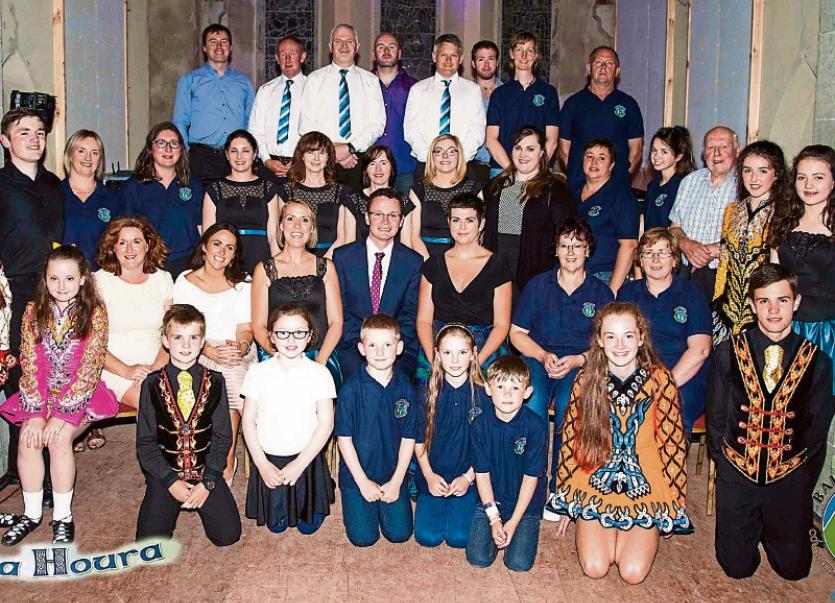 HUP na Houra, the traditional show set in the old church of Ireland in Kilfinane, rivalled Riverdance for playing to sell-out crowds.

Put on by the recently established Ballyhoura Comhaltas, there wasn’t a spare seat over its seven night run during the summer. It even sold out in three days for an additional night.

“But in keeping with the Comhaltas Seisiún aims, it also showcased some local set dancers, dancers from three local dance schools, junior sean nos boys, the local drama group, Jimmy Ryan, local storyteller and many junior musicians of the Comhaltas branch. The show was a wonderful display of traditional music, song and dance in the old church with candle lit tables, cake stands, china, wild flowers and refreshments,” said Sarah.

And to keep the buzz going and give a flavour to those who may have missed Hup na Houra they are hosting a trad seisiún filled with music, song and dance on Culture Night. The venue again is the old church of Ireland in Kilfinane at 7pm this Friday, September 16.

“A selection of our younger and adult members will showcase their talents in music, song and dance including sean nós and brush dancing. After this the adults will be invited to join the branch in local musical pub, O’Ceallaghchairs, where an evening of storytelling, song and music around the fireside will take place,” said Sarah. And it is free of charge.

Any profits from Hup na Houra will be put towards adding to an instrument bank started by Ballyhoura Comhaltas last year. Musical instruments such as fiddles, flutes and banjo have been available to hire starting at €15 per year to children and adults starting lessons with the branch. Over 100 signed up at enrolment.

“The committee recognised the importance of this hire scheme as it ensures that learning traditional music has become accessible and affordable and they believe this has contributed to the high uptake in lessons last year. Ballyhoura Comhaltas had over 80 children learning music last year, a huge number for a start-up branch,” said Sarah.

Returning to the spark – Hup na Houra – Sarah said it engaged the local community in the traditional art forms.

“This was the first trad show that many of the visitors had attended and they were not let down! It highlighted the wealth of talent that exists in the branch and locality. Hup na Houra has been a great opportunity for some of the younger members to experience being part of a staged production. Many of the children only began learning music or dance this year, and to now be in a show like this in front of a packed house could only boost their confidence and encourage them to embrace their traditional culture.

“To see busloads of people coming into the town was exciting and gave a sense of pride to all who live here. They came from all over Ireland and the USA, Spain, Italy, Finland, Belgium, France.  They were highly complimentary of the town, venue and the hospitality that was afforded to them by the people of Kilfinane.”